12 Signs He’s Really That Into You 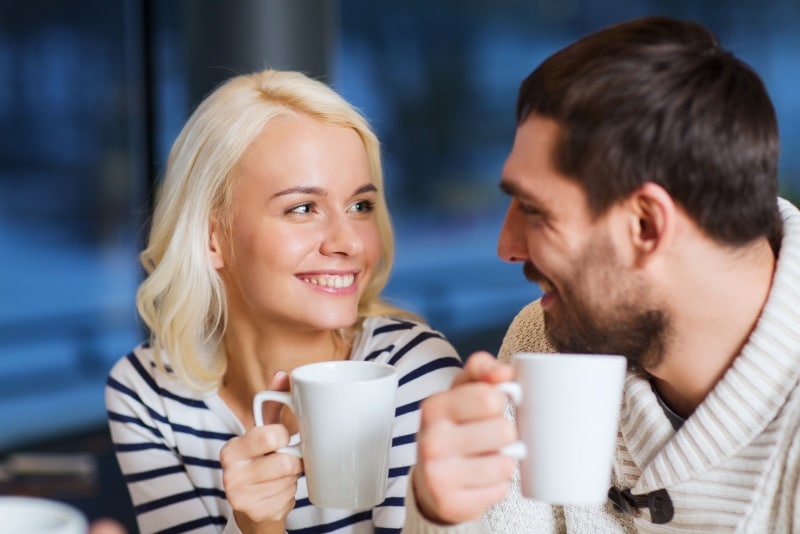 12 Signs He’s Really That Into You

There’s one question you never want to say out loud, that incessantly runs through your head when dating – “Is he really that into me?” The age-old question still seems to be a mystery, but why? After all, surely it should be easy to notice if a guy has taken a serious fancy to your adorable self. Why are the signs so hard to decipher? Why can’t he just come right out and say he’s into you? Is he just pretending, to get you into bed?

The good news is, actions speak louder than words. When it comes down to it, if he’s got his eye on you for more than just a fun night out, his actions will prove his intentions. Game-players, while confident in their ability to woo you with words, won’t usually back them up with sincere effort.

How do you tell if he’s sincere? If you think he might be a player out for one thing, you don’t have to take his word for it – you need to take note of his actions. Doing so also helps you decipher intentions, if your guy just isn’t ready to express his feelings with words.

1. He will proactively call and text you 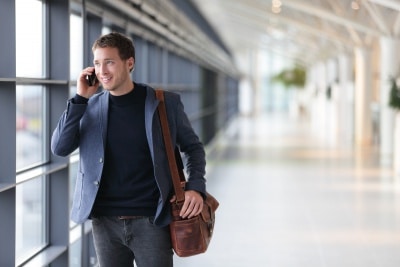 There’s nothing worse than giving a guy your number and waiting expectantly for a text…that never comes. Or, when he does decide to contact you, it’s at 2:00am on a Sunday morning, two weeks later.

Though you can think up a million excuses as to why he hasn’t made an effort, this is usually a sure-fire sign that he’s not that into you. On the other hand, a guy who’s into you is actually thinking about you. He’s curious and interested beyond the possibility of sex. He’ll text just to say hello, to see how your day’s going or to tell you something funny and make you laugh.

More than likely, he’ll call for no other reason than to hear your voice or to say how much he enjoyed your date. He simply can’t help it because you’re on his mind, and he wants to make sure he’s also on yours.

2. He will make arrangements to see you

While it’s true that guys can feel just as insecure as girls about possible rejection (whereby he may need some positive feedback first), a man who’s into you will absolutely, proactively, try to see you. And for more than a late night booty call.

He’ll invite you out to dinner, ask if you want to get a coffee before work, take you for a swim at the beach – anything at all that means you’ll spend time together.

He’ll invite you out to dinner, ask if you want to get a coffee before work, take you for a swim at the beach – anything at all that means you’ll spend time together. You see, he’s compelled to take action. He wants to do something nice for you and with you. Again, it’s because you’re consuming a fair bit of his thought-space and it’s making him happy each time you pop into his head.

3. He will be persistent 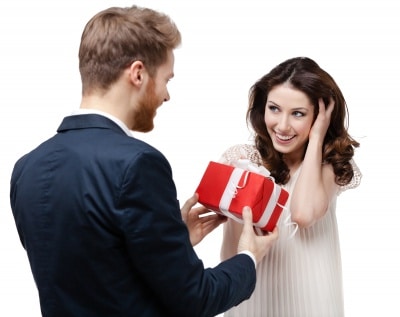 No one wants a stalker, but a guy who’s really into you will keep trying as long as you haven’t blatantly rejected him. In fact, he might, even if you have. He’ll probably like you even more for the fact that you have your own life and you’re not willing to drop everything for him.

Once he sets his sights on you, nothing less will do, so he’s not looking to move on to the next opportunity just for the sake of it. You’ve moved beyond an ‘opportunity’ in his mind and into the realm of future possibility.

4. His body language will tell you

Body language really does speak volumes, when you can’t rely on words. Eye contact is the big one, because none of us can help but stare into the eyes of a person we’re seriously attracted to. He’ll also look from your lips to your eyes and back again, because kissing you won’t ever be far from his mind.

Physical touch is a dead giveaway, especially if he tucks your hair behind your ear…

When you’re standing together, he’ll angle his pelvis towards you and when you’re sitting down, he’ll lean in close to talk. Physical touch is a dead giveaway, especially if he tucks your hair behind your ear, gently guides you to the door or regularly brushes your arm ‘accidentally’. It’s true that the same signals mean he wants you in his bed, but, if combined with other signs, it’s not the only thing he wants to do with you.

5. He listens to you and remembers what you tell him 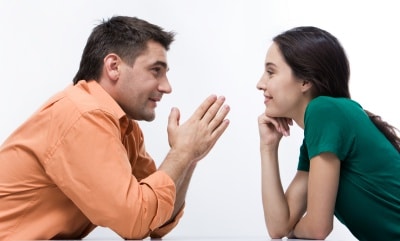 Intense curiosity fires up when a man is into you and he’ll be eager to listen to what you have to say. Not only that, but he’ll ask questions and express his willingness to learn about what you think, feel, like, don’t like and generally do in the world. He wants to see beyond the attraction, to the woman beneath.

You’ll know the extent of his interest, because he’ll remember things you tell him. Whether it’s buying your favourite chocolate, wishing you luck for an important meeting you mentioned last week or playing a tune you love to dance to, his actions will prove his attentiveness.

6. He opens up about his own passions, goals and opinions

It’s often harder to speak about ourselves, than it is to delve into other people’s lives. When a man opens up to you about his passions, his life goals and what makes him tick, it means he trusts you enough to do so. He wants you to experience what makes him happy, excited or downright angry. 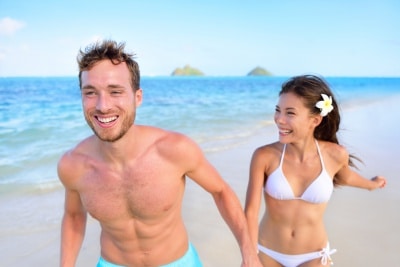 He’ll want to know what you think of his opinions and he’ll share some of his past as a way to offer insight into his mind. In this way, he’ll be talking to you like a friend, rather than trying to impress you, just to sleep with you or fuel his own ego.

7. He’s naturally considerate of your needs and tries to meet them

When a man is considerate of your needs, he’ll constantly make an effort to make life easier for you. Why? Because he’s really into you. This could be something as small as carrying your shopping bags to stocking his kitchen with gluten-free products because that’s what you’re eating right now. He simply wants to make you happy and, in doing so, he feels happy too.

8. He includes you in his life

Even if a guy is showering you with gifts and lavishing attention on you, if he’s not including you in his life, chances are he’s not really into you (or he has a seriously dark past). When he is sincerely interested, he’ll want to tell his friends about the great girl he’s met, he’ll mention you to work mates and maybe even to his family. 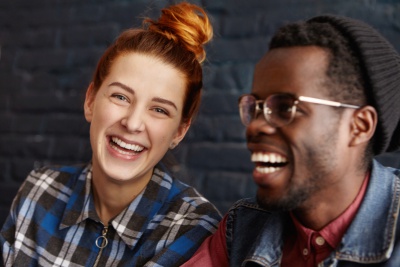 As time goes on, you’ll naturally meet people in his life and include each other in your social lives. However, even initially, it’s pretty hard to stay quiet when you really like someone. So, you’ll soon find out if he thinks your relationship is going somewhere, if he mentions you to those in his inner circle.

9. He talks about short-term future plans

If your man is asking about your weekend availability in a month, it’s almost a guarantee of his ever-growing affection for you. Buying concert tickets, a trip away or inviting you to an event later in the year, is his way of telling you he wants you to stick around. Not only that, but it means you’re firmly in his short-term future plans and he’s viewing life with you in it, rather than on the periphery. 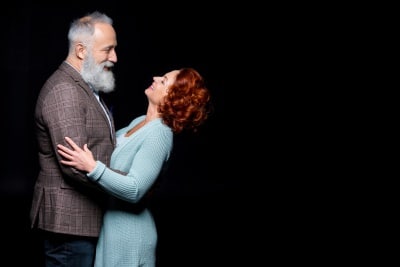 10. He can’t help but tell you what he likes about you

Even if he’s a ‘man of few words’, chances are a guy who’s into you won’t be able to help the compliments coming hard and fast. They won’t just be about your sexy legs and pretty eyes either. It’s all the little things he’s noticed, that really float his boat.

He might love the way you walk with your arms swinging wide and free, or that you tilt your head when he talks, or how you ravenously devour your favourite pasta. You’ll know they’re genuine compliments, because he’s obviously been highly observant, well beyond your looks.

Plus, he’ll probably have a cheeky twinkle in his eye, betraying his admiration.

11. He embraces arguments with you

Arguments are a healthy part of any relationship, even at the very beginning. Chances are, in the process of getting to know someone you won’t agree on everything, as you navigate through new opinions, morals, values and ideas. 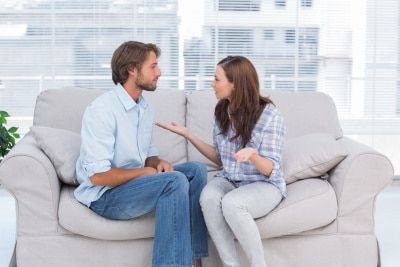 For example, if you tell your date something he said upset you, he’ll want to know why and actively try to understand your point of view. A guy who’s not that into you, won’t really be bothered by it and will try to avoid discussing most things that are a stretch for him, emotionally or intellectually. He’s not interested in learning or moving forward with you, because…well…he’s not that into you.

12. Regardless of how he expresses himself, he will make his feelings known

Everyone expresses themselves differently while dating and a whole spectrum of emotions come into play, including fear of rejection, insecurity and ego-related issues. Even so, when we’re sincerely drawn to someone, the urge is too strong to deny.

When you observe his actions, or lack of them, you’re giving yourself the opportunity to realistically gauge his intentions. Rather than over-analyse, give in to anxiety or possibly self-sabotage a potential relationship for fear of getting hurt, relax and let it flow.

When he’s into you, in his own way, he’ll definitely let you know. 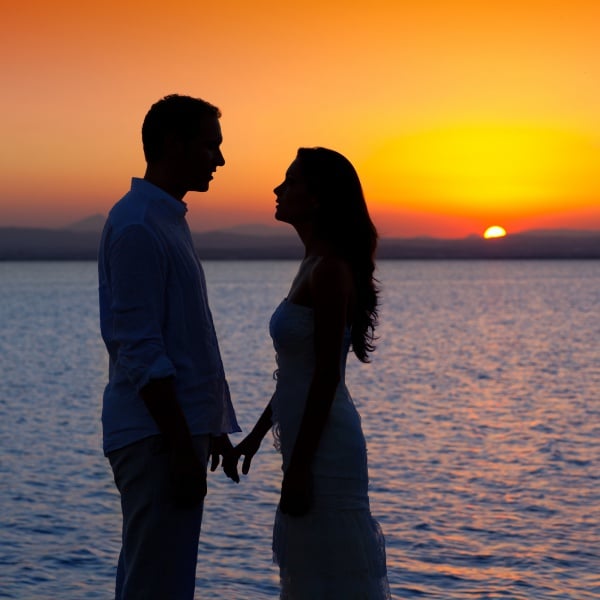