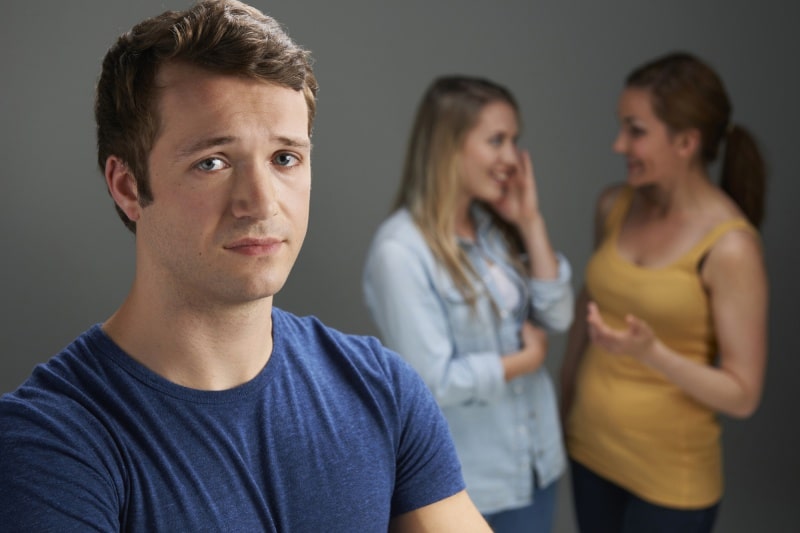 Would your dating life be easier if the guys you dated better understood you, as a woman?

Would guys be more likely to treat you the way you wished if they knew more about you?

Would relationships be more successful if men had a better understanding of women?

If you answered “Yes” to the above questions, then this article is for you.

Because, if you answered “Yes” to those questions, you realise that, by one gender better understanding the other, better interactions and relationships would be created for all.

Have you ever taken a moment to think what dating must be like for… men?

Many women believe, when it comes to dating, men hold all the cards. This could be because they’ve been rejected by men in the past, been played or cheated on by men, or simply brought up to believe that’s just the way it is.

Whether or not you think men have the power overall, I write today to increase your awareness of some ways in which men definitely do not have the power. Many of these may never have even occurred to you.

The more you can understand men and where they are coming from, the more success you’ll have in dating and forming relationships with them. So, here’s 7 disadvantages men have in dating you might never have previously considered.

1. Men have to risk rejection a lot more than women

If there’s a standout advantage women have, this has to be it.

The fact is, women must deal with a lot less rejection in dating than men. If a woman is unwilling to make a move on a man, she can sub communicate to him she wants him to make one, without risking a real rejection. If that doesn’t work, a different man will try his luck. She can meet and get chatting to a lot of men, without having to risk a direct rejection. While women are just as vulnerable to rejection, once in a relationship, a woman can have a successful dating life, without ever being rejected. She may not have quite as many options, but she’ll still have options, especially if she knows how to give men proper green lights. 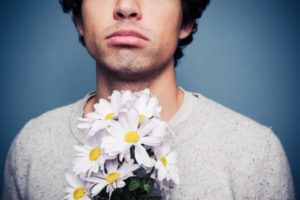 If a man doesn’t – at some point – ‘man’ up and make a move, then generally he’s going home alone. No matter how much he gives a woman eye contact, it will usually be him who has to walk over, him who has to kiss her, and him who has to ask her out to lunch.

Each time a man has to move the relationship forward, there is a chance of you rejecting him. Even if he’s not approaching you in a bar, wherever he meets you, he still must take the risk in asking you out. For many men, confidence does not come naturally. Unfortunately, in dating, where men must risk rejection regularly to have success, confidence is required. This can be a huge, sometimes insurmountable, obstacle for some men to overcome.

No matter how you cut it, for men to get results in dating, they have to risk rejection much more than women. Remember this next time you’re getting frustrated with a guy’s hesitancy to make a move on you and help him out by making sure you make your signals to him clear.

2. Men cannot get a date or romantic attention easily

If a woman wants a date, sex, or even just a little ego kick, it’s not exactly scarce. It could be as simple as jumping on Tinder or getting dressed up to go out for the night. A woman has the security of knowing romantic attention – at least in some form – is always available, should she want it.

Each time a man has to move the relationship forward, there is a chance of you rejecting him.

Spare a thought for men, who, even if they jump online or go out, are not guaranteed any of the above. A man always has to risk rejection to earn a date or more from a woman. Many men, especially those who are good guys but aren’t necessarily confident or good looking, never know where their next hit of romantic attention might come from.

3. Society puts enormous pressure on men to be good with women

Like it or not, more pressure is on men to have skills with women than the other way around. Growing up, boys who can flirt and interact with the girls are heroes by their friends, whereas girls who show extraordinary socials skills with men are often shamed by their jealous peers. The underlying message given to men is that they are not a true man and should be ashamed if they cannot attract a woman. 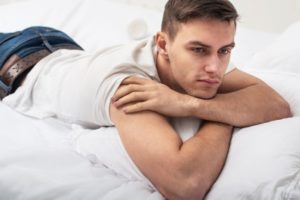 Take a moment to think about the gravity of pressure this message puts on men.

If a guy is around his mates at a bar, how does this pressure effect the chances of him approaching you?

He’s likely to shy away, not wanting to risk failure at something so ‘important’ in front of his friends.

If he’s sober, and you reject him harshly when he asks you out respectfully, how is he going to feel?

Probably, like never approaching another woman again and taking his feelings of rejection out on women in the future.

And, if a guy isn’t good with women, what is he likely to believe about himself?

The underlying message given to men is that they are not a true man and should be ashamed if they cannot attract a woman.

So, before you go saying things like, “Well, I wouldn’t date any guy who doesn’t have the confidence to approach me,” take the time to understand where he is coming from and how much pressure society puts on him to be good with women. If you’re giving resting bitch face or turning your back, he might be the perfect guy for you and a great person, but he’s never going to approach you.

4. Men are encouraged to be independent and not ask for help

When a woman asks for help with something, she generally has no fear of being judged for doing so. However, many men, raised with the belief that a man should be independent and strong, shy away from the possibility of admitting they may not have all the answers. In dating, this is especially problematic. Men are told it’s shameful and disrespectful to seek help to improve their dating skills. So much so, we’ve cancelled the Visas of men, who’ve tried to come to Australia and teach it! While some of these men may be coaching derogatory tactics, those who are genuinely trying to help men improve their dating lives and meet women, sadly, get tainted with the same brush. 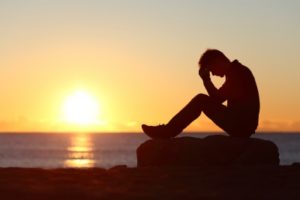 This ties men’s hands when it comes to improving the parts of themselves that would make them more attractive dates, lovers, and partners. In my own life, admitting I was terrible with women and asking for help (then being looked down upon for trying to find it) was one of the most bitter pills I ever had to swallow, proving extremely bruising to my ego . It was worth it in the end, but such an experience highlights that men, both as children and adults, are actively encouraged against seeking help, especially in this area. So, spare a thought for the hopelessness a man, who isn’t good with women, must feel when he sees other men walk around with natural charm.

Men are less intuitive and socially adept than women, which works in women’s favour on the dating playing field. If the task was to carry heavy boxes upstairs, this would give men an advantage, but in the social world of dating, the shoe is on the other foot. This stems from an evolutionary background, where women relied on social skills, rather than brute strength to survive.

Men are told it’s shameful and disrespectful to seek help to improve their dating skills.

Your average woman can read people better, make better conversations, and be more dynamic in her ability to read people than your average male. So, if you’ve ever met a guy, who hasn’t been able to keep up with the social pace or missed a couple of cues from the group, try to have empathy. Men aren’t born to talk and read situations the way you were.

6. From a man’s point of view, all a woman needs to pick up is… looks

And well… they’re right. Sort of. A woman can pretty herself and pick up every night of the week – if she wants to.

Of course, we both know if you were to actually do that you would rarely pickup the guy you actually wanted. Still, the point is that no matter where you are in life, if you get dressed up and go out, you could get something.

Look at this from a guy’s point of view. He doesn’t see the reality – you struggling to get the attention of the guy you want and getting hit on by creepers all night. He just sees a pretty girl with half the bar looking at her and trying to talk to her. What is that going to register in his mind? “Jees, women have it easy.”

Perception is reality. If he sees this (and believes it), then that is enough to make it real that you (and women like you) have the advantage.

7. Men are given mixed signals from a young age about what women want

“Be a gentleman.” “Treat a woman with upmost respect.” “Always put her before yourself.” Men are hammered with this advice growing up. Then, what happens to a guy who always follows this advice? He ends up in the damn friend zone!

It’s no wonder guys get confused about what women want. There are mixed messages coming from the media, their parents, and even other women (who in their eyes ask for one type of guy then date another) about what exactly women want. There aren’t too many young boy’s mothers who give the advice, “Son, open the door for her in the car and pull out her chair for her, then smack her ass hard while she moans in the bedroom.” And if someone tried to teach this en masse, someone else would take it out of context! 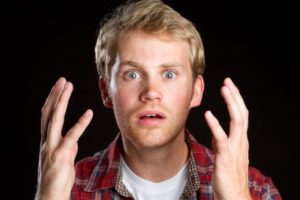 Young men are forced to figure it out for themselves and often get it wrong. So remember, sometimes, it’s not a guy fault if he doesn’t know what to do. It’s because everyone has been telling him different things his whole life.

Whether or not you believe men have the advantage in dating – at least, in these 7 areas, there’s no question –  women have the advantage. So, next time you get frustrated with a man, because he won’t make a move, doesn’t seem to ‘get’ you, or seems insecure about his abilities with women, remember, men have pressures on them you haven’t been brought up to identify with. Understanding such pressures and, perhaps, having a little more forgiveness and empathy for a man’s, sometimes  inexplicable, behaviours will see you approaching dating with more patience and acceptance, leading to more fulfilling experiences and relationships with men .