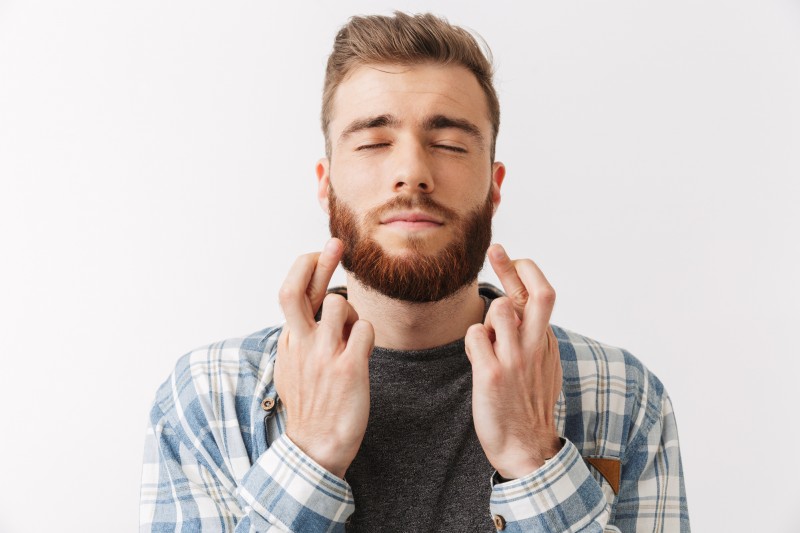 Are you struggling to understand what men really want from you in a relationship? That’s not surprising, because chances are they’re not going to tell you! Usually, that’s because they’re just not so good at asking you for what they want.

For example, maybe your man feels underappreciated but doesn’t know how to say it. He might not want to hurt your feelings by suggesting you hang out with your friends more often. Perhaps you’ve put your passions on the backburner in favour of the relationship, but one of the reasons he liked you in the first place was your fire for life.

Let’s delve into eight things men love to see from you – things he’s rarely going to ask for – to keep his attraction for you alive and burning.

1. Live Your Passions Throughout The Relationship 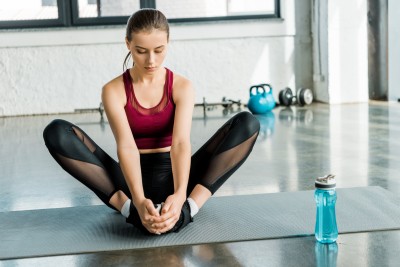 Across countries, across cultures, right across the road, if you ask a man:

They’ll have the same answer.

It’s when she’s just out of reach and, most importantly, doing something she’s passionate about.

From speaking in public to creative pursuits, from building a business you’re excited about to planning an overseas adventure, men love to see their woman just slightly out of reach and loving what she’s doing in the moment. It’s sexy, it shows your confidence and reminds him of what a high-value woman you are.

When you reverse this, you’ll probably find that you feel the same way too. We’re all attracted to people who are inspired for life, chasing their dreams and taking steps to succeed in whatever they like to do. If you feel attraction for a guy like this and he starts doing nothing but sitting on the couch playing video games, eating junk food and grunting instead of talking, his ‘hotness factor’ is going to disappear pretty quickly.

Even though it’s easy to get caught up in a relationship, putting all your time and energy into it, to the detriment of your own goals, is never a good idea. Don’t forget that you met and liked each other for the individuals that you are. You’ve always loved pursuing your passions and he loves it when you do, so never stop doing ‘you’.

2. Spend Time With Your Friends 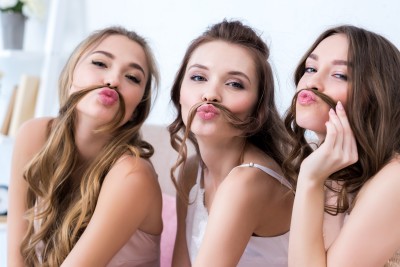 How much do you love spending time with your friends? Guess what? He loves it too! The problem is, men often aren’t very good at asking you to do it. He fears you’ll react badly by thinking it means he doesn’t want to spend time with you. If your man does have the courage to ask, what he’s really saying is:

“Keep being the ‘you’ that I was so attracted to in the first place. Give me a chance to admire and miss you so I want to grab you back.”

When you see it in this context, it makes sense why men want you to do it, but struggle to ask. While it’s pretty common to ditch your friends for a bit in the thrill of a new relationship, don’t lose yourself in it to the point that you don’t resume your life quickly. For one, though your friends might understand at first, they’ll soon feel hurt and abandoned. Having a tribe of girlfriends is something to be extremely grateful for, not something to throw away at the first sniff of a relationship.

Most importantly, if you do throw them away, what you’re doing is becoming a person that bears little resemblance to the woman he met and fell for. Therefore, not only are you ditching your friends, it’s most likely that you’re inadvertently ditching the relationship too. For your own growth, mental and emotional health, you need a variety of people in your life. A man is never the ‘be all and end all’. Nor does he want to be. 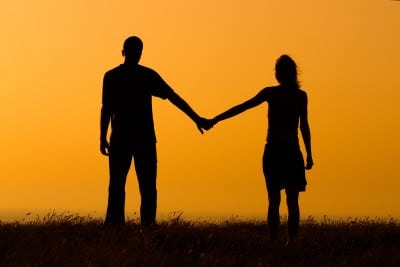 Men’s brains have evolved to tell them they should be capable and that if they’re a real man, women will trust them to be that man. There are many ways you can subtly communicate that you don’t trust a man. They include:

If you find yourself doing these things, think about how you feel when a man keeps tabs on you when you go out, goes through your phone or undermines your ability to do something. It doesn’t feel good when your partner acts in a way that makes you feel mistrusted, does it? In fact, it very quickly leads to resentment and a serious emotional disconnect in the relationship.

Trust your man to make his own decisions and, even if he’s wrong at times, he’ll know that you have his back. Give him the space to do what he does and live his life according to his own guidance system. Encourage him to spend time with his friends and don’t interrogate him in a way that suggests you already think he’s done something wrong. There’s a big difference between genuine curiosity about his night out and thinly veiled attempts at trying to ‘catch him out’.

Train your mindset to give him the benefit of the doubt first, especially if you’ve been hurt by untrustworthy men in the past. If you genuinely don’t trust a guy because he is actually dishonest or incapable of following up words with actions, why on earth are you with him?

“If you genuinely don’t trust a guy because he is actually dishonest or incapable of following up words with actions, why on earth are you with him?”

4. Acceptance of His Help

Ever wondered why, in any disaster or action movie, it’s typically the men (especially the bad guys) that die, while the women and children are usually spared? It’s no coincidence. Evolution knew that a society with one man and multiple women was a lot more likely to be successful than a society of many men and one woman. Thus, evolution programmed all of us – men and women alike – to focus on protecting women and children in times of need.

Men’s brains are chemically rewarded when they help you. Your acceptance of his help literally gives him the warm fuzzies. While it’s true that some men with serious control or insecurity issues feed off the ‘helpless woman’ lie, the majority of men aren’t helping you because they think you’re incapable of helping yourself. We all like to feel needed, that we’re useful and have purpose. Let him help you because he loves to, and, in the process, he’ll feel good about himself when he’s with you. 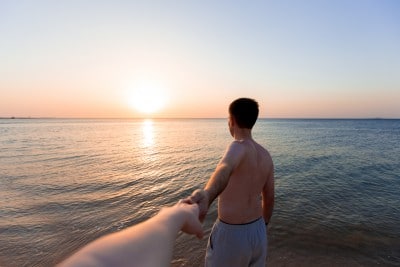 Men are driven to be leaders because this is the way their brains have evolved. In tribes, brains were wired to get everyone out of trouble, be the dominant alpha and kick butt in life. In doing so, men would gain resources and standing in society, which, in turn, would make them more attractive and ‘manly’.

There’s a gigantic difference between allowing your man to lead at times and allowing yourself to be controlled. Knowing the difference is easy. Letting a man lead with good intent, like trusting him to choose the best restaurant or advise you on a great investment, leaves you with a feeling of being cared for and the knowledge that he makes an effort. Controlling behaviour undermines your confidence and makes you feel trapped, inadequate and fearful.

Not every man can or will be a leader of a country or major corporation, but it doesn’t mean men don’t feel great being a leader sometimes in their personal lives. His relationship with you is an opportunity for him to lead some of the time. Just like you demonstrating to him that you trust him, letting him lead the two of you some of the time is going to see your man brimming with self-esteem.

6. Your Love and Appreciation 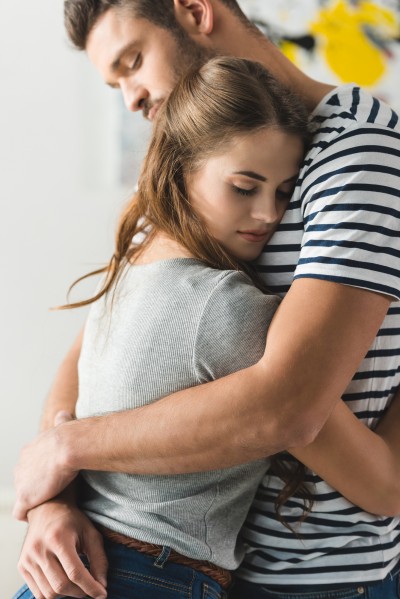 Your man will ALWAYS need your love and appreciation, just like you need his. Learn his love language and make a point of speaking it to him regularly. Touch him, often, and watch this to understand the importance of it. Compliment him on things he does for you, even if he does them every day.

There’s no situation where your man is not going to love having extra love and appreciation from you in the way he loves to receive it, even if the things he’s actually done to earn it seem normal or mundane. The thing is, this is one of the hardest things to ask for, as it can make you feel insecure in doing so.

If you feel like you struggle to show him love and affection, it’s likely that you’ve lost sight of why you felt love and affection in the first place. This happens when the routines and challenges of life get in the way, by taking on more importance than the actual relationship itself. Redirect your energy to the important things in life and you’ll find those natural feelings of affection for you man will return.

7. Show Interest in Him, Too

While it’s true that men like the chase, when you let this cycle continue and refuse to do any of the work yourself, that becomes the dynamic of the relationship. The problem with this is, when you really start liking a guy and don’t want to act disinterested anymore, you’ve set up a dynamic where you can’t show it. If you do, he stops chasing and working. If you don’t, you spend your whole relationship playing games.

This is all about balance and understanding that there’s a big difference between showing interest in your man and desperately ‘chasing’ him. He still needs to know that you’ll answer his calls, that you’ll make some time in your schedule to see him and that you have a great time when you’re with him. He wants you to be curious about his life and what makes him tick. Be careful not to confuse ‘chasing’ behaviour, like sending 20 texts in a day, with showing your genuine interest so he feels wanted.

First of all, if you’re committing to a man to a man you don’t respect, you need to turn things back on yourself and ask yourself why you’d want to do that.

More importantly though, there is literally nothing more crucial to your relationship survival than respect. You don’t want to show your partner respect because it’s something he wants. You want to show respect because that’s how you feel about him. Small things that don’t show respect include nagging him, invalidating his opinions, giving non-constructive criticism and interrogating him because of your own trust issues.

This obviously goes both ways. Even if you don’t like what your partner does or if the two of you stop communicating due to an emotionally disconnect, if you still show respect for each other, you can get things back on track. If you can’t, you’ll still look back and be proud of the way you acted.

This also sums up how to understand what men want from women. If you can be proud of the way you act and do your best to look beyond yourself to the needs of your partner too, you’re definitely on the right path to ongoing attraction and love.