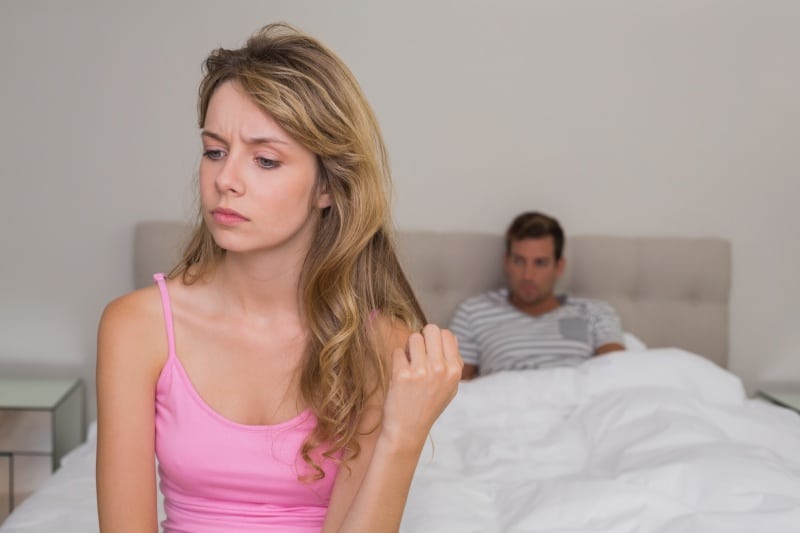 Again and again, I see articles or viral posts running rampant throughout Facebook, declaring to all of us the hopelessness of today’s dating situation.

“This is what dating is now. Brief encounters, no commitment.”

“The charm is gone; chivalry is dead. We order up dates now like we order up pizza.”

“Today’s dating is like shopping at Kmart. The moment the smallest thing goes wrong, you exchange it in for something else.”

This sort of woeful outlook seems to be getting spread more and more around the web by authors, who are happy to complain about the system and point out its flaws, while offering their readers nothing in regards to actually improving things.

What frustrates me most isn’t that these articles are all written by authors, who show they don’t understand the concept of standards in dating.

It isn’t even that these posts encourage their readers to look at things from a victim mindset. 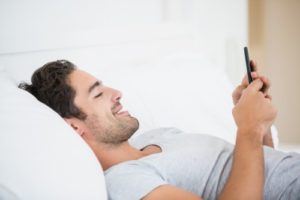 What frustrates me most is, by spreading their so-called ‘awareness’ of how dating is, more and more of us start to buy into their rhetoric, and soon enough, we all start believing they’re actually telling the truth. In other words, the authors are actively perpetuating the exact problem they’re complaining about.

It’s time to end the cycle. I’m not going to put on a bravado and pretend things aren’t different, and dating hasn’t evolved. It certainly has. Between Tinder, the abundance of choice we now enjoy, and the fact we can now hide behind screens, rather than risk our necks, many people are taking the easy way out.

But who said you have to join in this backwards dating movement?

Dating may have evolved, but the basic rule that you choose how you experience life, because you choose how you respond to the world, means that dating remains very much within your control. You can accept what some are starting to consider ‘the norm’, or you can be the exception, who isn’t willing to settle for less.

Here’s a rule of life we should all live and remember:

Don’t buy into the learned helplessness, preached by so many dating magazines, nowadays.

No matter how attracted you are, don’t be that girl who puts wanting to be with him above what you expect for yourself.

Dating hasn’t changed, but the circumstances of it sure have.

In the 50’s, the circumstances meant a guy had to meet a girl’s parents if he wanted to take her out. He really had to risk his neck.

In the 90’s, the circumstances meant a guy had to get a girl on the phone if he wanted to chat, because instant messaging wasn’t a thing. He had to interact with her in real time,  A guy had to at least to sum up the courage to call.

Now, the circumstances mean a guy can booty call you from tinder at home, without lifting a finger or uttering a word. 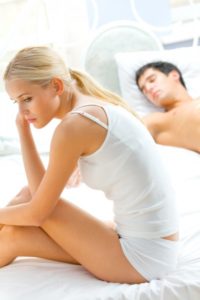 But, here’s what all these authors of these dreary dating outlooks forget to remind their readers:

Even though the circumstances mean a guy can now booty call you from tinder at home without lifting a finger, it doesn’t mean you have to let him.

Standards were something forced upon all of us, automatically, by previous dating conditions. But they’re not anymore.

Courage isn’t a pre-requisite in dating, like it used to be. Those who don’t know how to show their standards will no longer have the circumstances do it for them. Today, both men and women can get away with laziness – if you let them.

In light of these new circumstances, you have two choices:

Don’t blame it on today’s day and age. If you don’t want lazy men, you don’t have to accept lazy men. The power will always be in your hands. It’s time for all of us to stop complaining about the dating process and start doing something about it.

If a woman is so sold on a relationship with a particular guy that she wants him, no matter what, she will take whatever investment from him she can get. He’ll quickly learn he can get away with anything, and soon, like others, she’s accepting the lackluster effort he puts into most women – because he can.

When you’re not so sold on a man – no matter how hot he is – that you won’t accept his lackluster effort, you’ll communicate with him that you’re more than willing to move to the next guy if he fails to invest.

When you do, one of two things will happen. He will either pick up his game, especially for you – in which case you win – or he goes and puts his lackluster effort into someone else, leaving you free to find a worthier guy. Also a win.

Courage isn’t a pre-requisite in dating, like it used to be. Those who don’t know how to show their standards will no longer have the circumstances do it for them.

No matter how attracted you are, don’t be that girl who puts wanting to be with him above what you expect for yourself.

At this point, you might be wondering ‘how’ does a woman actually go about doing this? Showing a guy what she will and won’t accept?

Being firm is an absolute prerequisite of enforcing your standards, for obvious reasons. If you’re not willing to be firm with him, he’ll push your standards until they bend – and eventually – break. He won’t respect you and you won’t get what you want.

To balance out the firmness and not come off bitchy, you need one more thing:

Playfulness is the anti-dote to the harshness of enforcing your standards. It’s how you do it while still bringing the guy into you, letting him know you’re interested and not seeming bitchy.

That’s it! That’s all you need to do.

Here’s a couple of examples:

A guy you met online and got along with took your number. He sends you a text saying;

You send him back a text saying:

“Oh cummon mister! You may be very cute, but you’re going to have to do better than that with me 😉 If you want to pick me up and go somewhere with me, I’d love to join you! If not, that’s totally fine; I’m sure you have others you can call on for that J Kirra x”.

You used a guy for sex the other night. Now, he thinks he can order it on the reg. He sends you a text saying; 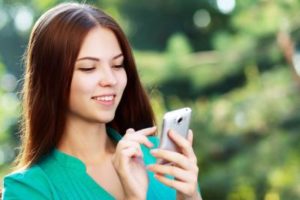 You send him one back, saying:

“Hahaha. Nice try mister 😉 I enjoyed the other night with you. I did, but it’s not something I do on the reg. If you want more, I’d love to head out somewhere nice with you later in the week. Otherwise, I’m sure you have other girls on whom you can conveniently call 😉 Stace x”Example Situation 3:

You went on a fun date with a guy the other day. Today, he doesn’t feel like leaving the house. He lives 30 minutes away and sends you a text saying“Just come around and chill today?”

“Hey. So I had heaps of fun with you the other day, but I wanna do fun stuff. Instead of me coming to your house, how about you come pick me up, and we go to Timezone and I can whoop your butt?”

If you’re not willing to be firm with him, he’ll push your standards until they bend – and eventually – break. He won’t respect you and you won’t get what you want.

Showing your standards isn’t hard. It means knowing what you’ll accept and then being firm about it in a friendly and playful way.

When you take true ownership of your dating life, something magical happens. You start to access and attract to you other truly empowered people, who are also not willing to accept dating ‘the way it is’.

This effect snowballs. Soon, the ‘Netflix and chill’ guys don’t bother with you, because you aren’t willing to be at their beck and call, no matter how hot they are. You’re too much effort. They go off and find an easier target, just like the bully in school, who stops bothering the kid who stood up to him. 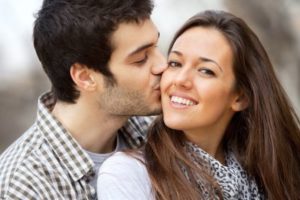 And what’s left? Men who respect you and are willing to work for you. Soon, every girl is looking at you and wondering why guys seem to show you so much respect and why they can’t get their men to do the same.

Soon enough, you’ll be reading those same sad-sack dating articles, complaining about ‘how depressing dating is’ and ‘how things have changed for the worse forever’, and you’ll turn to the side and smile to yourself as you look over at your incredible partner – who puts in all the effort in the world for you – and wonder where these authors could possibly be getting their information.