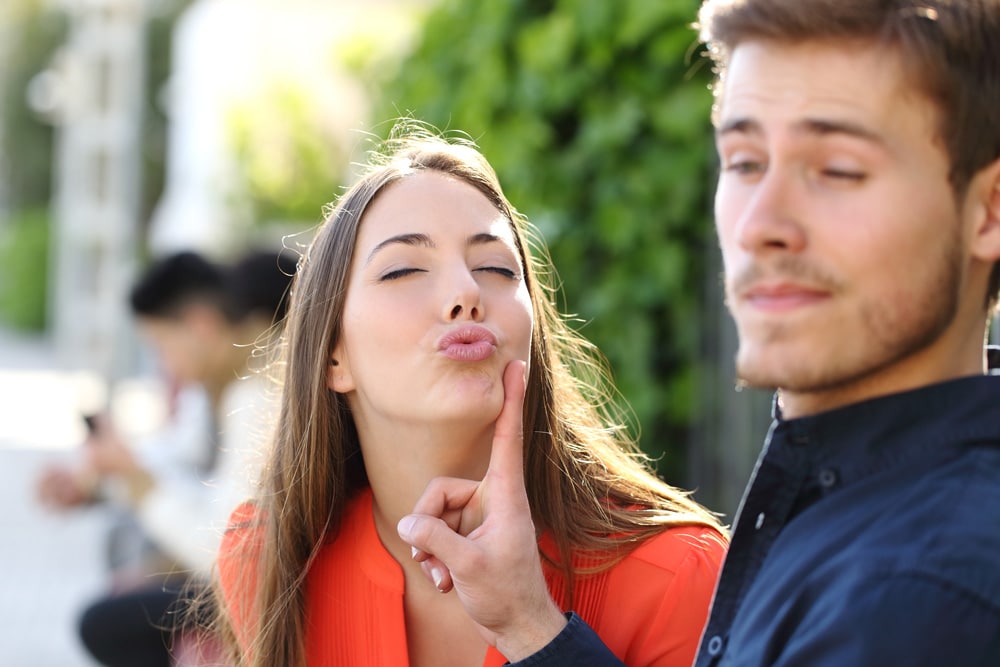 Guy or girl, young or old, it’s something we all hate.

If it wasn’t for rejection, dating advice wouldn’t even be necessary – we’d all just do exactly what we wanted, always.

If only life were that simple.

Whether it was the cute guy from the other night who suddenly stopped replying to your texts or the man you’ve been seeing for months deciding his heart simply wasn’t in it, rejection hurts. A lot.

Unfortunately, whether you risk rejection isn’t optional. The dating world and risk of rejection come hand in hand. You can’t have one without the other. You’re not going to hide away and stop dating because of it, so it becomes a matter handling the fear of rejection in the meantime so that, rather than avoid it, you can move forward despite it.

Fortunately, there is one simple mindset that allows you to do exactly that. If you’re able to become one of the few people who understand how to reframe rejection into the positive that it really is, you’ll never fear rejection the same again.

Rejection will lose its power over you, granting you the freedom to go after anything you choose, not just in dating, but in every aspect of your life.

This mindset is to see that…

Rejection (or failure) is a positive indicator of action taken

Adopting this belief will give you more success in dating than all other ways to handle rejection combined. It is the reason Colonel Sanders, Abraham Lincoln and Thomas Edison are all household names. They understood this critical concept that most of us, as adults, often seem to forget.

Rejection (or failure) is a positive, because it is a signal you are on track.

“How on earth is rejection or failure to get something, a positive?” I hear you asking.

“Rejection (or failure) is a positive indicator of action taken.”

If you’ve ever watched a child learn to walk – though you might not have been aware of it – you’ll have seen this concept in action. When he or she first stands on two feet, a child typically doesn’t last very long, and thus topples over. Over the following months, the child falls again and again. 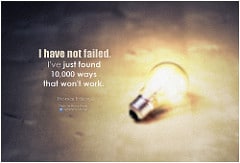 The child continues to fail to get what he wants. Just like in dating, when we fail again and again to get what we want (i.e. get rejected, or make no attempts through fear of getting rejected), the child fails repeatedly at his task.

Though the circumstances are different – the underlying concept remains the same. Both us, and the child, are after a single goal, and are going to have to face looking stupid and failing on the way to make it happen.

Here’s the important part. What the child gets that we miss as adults is;

He instinctively knows that his failure to walk doesn’t mean he can’t walk.

As adults, we don’t handle failure anywhere near as well. We let our ego get attached, and we take failure as a sign to give up.

Not taking risks in dating because of a fear of rejection is the equivalent to us telling that child: “Sorry kid, you gave it a solid shot, I guess walking just isn’t for you”.

Do we do this in our lives? Of course not. Instead, we keep encouraging the child to get up and try again.

If you look at this situation from a likelihood point of view, given the child’s last 14 attempts at walking were all failures, by telling that child to go a 15th time, we are in fact encouraging them towards failure. We’re not telling them to fail directly, but we’re sending them into a sport where they have a track record of it. Odds are it’ll be a 15th fail. However, we encourage them into it anyway.

Not taking risks in dating because of a fear of rejection is the equivalent to us telling that child: “Sorry kid, you gave it a solid shot, I guess walking just isn’t for you”.

A child’s number of attempts is directly relative to their chance of success.

A child’s number of failures is directly relative to their number of attempts.

A child’s number of failures is directly relative to their chances of success.

As Thomas Edison will tell you, after it took him over a thousand attempts to design a light bulb, multiple attempts (not ongoing results) is what leads to eventual triumph. The child knows this and Edison knew this. Yet, in dating, we see rejection (the equivalent to failure in dating) as a reason to do nothing. A reason to give up. A reason to lose hope.

Many years ago, when I was first learning to get over my own social anxiety and meet women, I was initially rejected by hundreds of women. If I’d seen rejection as a negative, I would have stopped trying and said to myself “I guess meeting women in venues like this just isn’t my thing”. 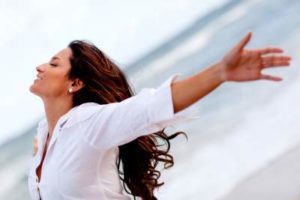 I made enough attempts, I’d eventually get the success I was trying to find. Slowly but surely, as I persisted, my luck with women began to change.

Think of any rejection you receive in exactly the same way. Look at the attempt that brought you to it. If you can reframe rejection as an indicator that you must be making attempts, it becomes a positive ‘signal’ that you are persisting in getting what you want. You’ll see your rejections as something to be proud of, and, like the child, you’ll come back every time, feeling excited to try again. You’ll even start to feel ashamed when you haven’t had any rejections lately, because you’ll see that as an indicator you haven’t been making any attempts.If you want to succeed in dating – or any other area of life – then each time you fail, get rejected or fail to achieve something, make a habit of reminding yourself, that, rather than looking at the result, you’re going to look at the action that led to it.

“It is the number of attempts that is important. Not the result.”

It won’t always mean rejection won’t sting, though, as emotions are real, and you’ll still feel them. That’s the beautiful part of love, and what makes us all human. But, by challenging and changing the way you think about rejection, you take back control of its influence over you and your actions. Each time you feel it, consciously remind yourself it is the action you took, not the result you got, that matters in the end. Ultimately, the more rejection you risk on your journey to finding Mr. Right, the shorter that journey for you is going to be.