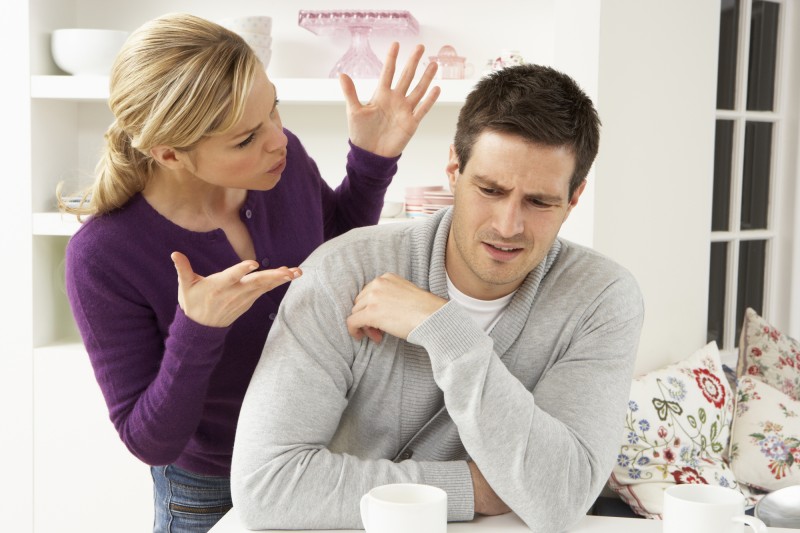 There’s no doubt about it, getting a man to open up and share his feelings can feel like you’re emotionally banging your head against a brick wall. Even if a small crack appears on the surface, he’s likely to run away from the conversation before it gets too deep. Why does it have to be so hard? Will he ever feel comfortable enough to tap into his emotions? The good news is, while it may be hard, there’s no reason he can’t get there.

Here’s how you can help.

Understand why sharing feelings is hard for him 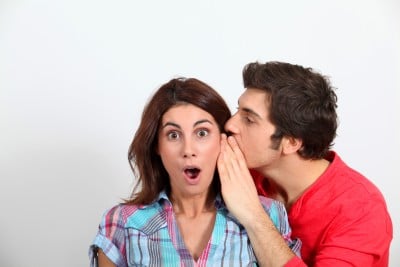 The first, and possibly most important element to understand, is that men are nowhere near as good at accessing feelings as you are! Throughout childhood, girls are encouraged and expected to express their feelings, while boys are taught to ‘suck it up’. Yes, it’s a stereotype – and one that’s hopefully fading as time goes on – but true for a majority of men nonetheless.

Further to this, as soon as puberty hits and emotions run rampant, girls get a lot of practice accessing and articulating feelings on a regular basis. Think about high school at lunch time. More often than not, the boys are playing footy while the girls are sitting around in groups having ‘deep and meaningfuls’. Fast forward to adult barbecues and, as much as we like to think we don’t segregate, how often are the girls in the kitchen discussing life, love and loss, while the boys focus solely on their grilling skills?

On top of childhood conditioning, men spend most of their time in right brain thinking, meaning they’re generally focused on work-oriented tasks. For example, they’re flipping sausages, so that’s usually what they’re talking about with each other. Meanwhile, you’re making a salad with the girls and, at the same time, expressing the grief you felt over a recent loss.

Be aware of communication differences

Becoming acutely aware of the differences in the way men and women communicate, makes it easier to see how men can feel out of their depth, when discussing feelings. From an evolutionary view, men were taught to be ‘certain’ when they spoke, which isn’t a word that ever really applies to emotionally-driven conversations.

Back in the day, if a man verbally expressed uncertainty, it meant his family or tribe could, or most certainly would, lose faith in him. Unfortunately, even though men aren’t necessarily leading tribes these days, they still suffer the consequences of people thinking they’re somehow incompetent if they can’t produce a confident answer or solution.

“Becoming acutely aware of the differences in the way men and women communicate, makes it easier to see how men can feel out of their depth, when discussing feelings.”

And men hate feeling incompetent. Imagine playing a game of tennis with someone who’s really good at it. You can only return one out of every 10 balls, which leads to frustration and maybe even storming off the court. In conversations about feelings, while men are taking their time to process feelings and produce a confident answer, you’ve already hit back with ten more perfectly valid points he now has to process. The less he feels like he can keep up with you, the more he wants to storm off the court.

He doesn’t want to flounder around in ‘feelings’ land, full of unknown solutions and endless variations. Meanwhile, women thrive in this space as an environment of learning, releasing and nurturing.

So, how do you bridge the gap? 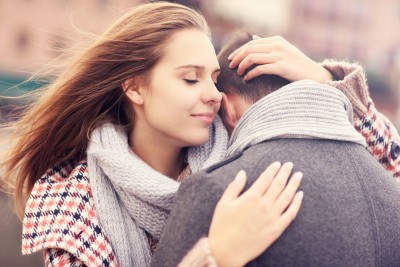 When men experience emotions that make them feel vulnerable, like sadness or insecurity, they’ll often convert them to something that’s easier – or more ‘manly’ – to deal with. While the worst-case scenario is anger, more often than not they’ll look to the release of sex, to relieve themselves of tension.

This isn’t great for you, if it leads to disconnected sex just so he can feel better. However, holding him and physically connecting is an effective way to allow him to de-stress, while encouraging him to release the tension verbally – so don’t avoid being physical. Let him know that if he needs to say anything, you’re there for him. While his brain processes what to say, fill up the ‘silence’ with non-verbal communication, like leaning against him, so he feels less pressure to come up with a quick answer.

Have a specific goal in mind 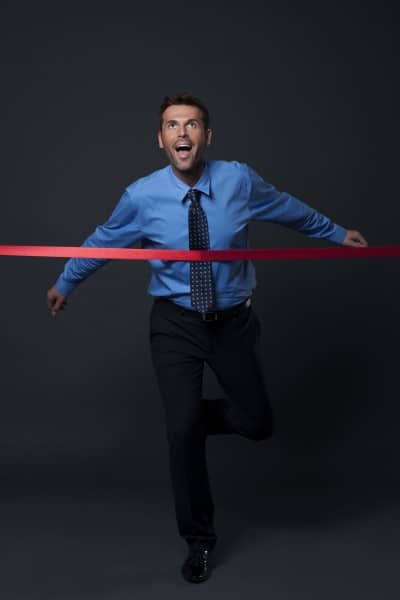 When you want to initiate a feelings-based conversation, remember that men are intrinsically goal-orientated. Rather than launch into a chat without having any idea where you want to go with it, be specific about the outcome you’d like. That way, you can guide the conversation with a goal in mind, enabling him to process it more effectively.

Asking a man straight out to tell you how he’s feeling in general, or to talk about his emotions, really isn’t going to get you anywhere. Remember that, innately, he’s a problem solver and he’s possibly already converted difficult emotions, in order to be practical and solutions-focused.

That’s not to say he doesn’t feel deeply, so approach him with honest curiosity on one specific topic and listen to him from that point of view. This way, you’ll find insights within the facts and allow the conversation to unravel naturally, for him. 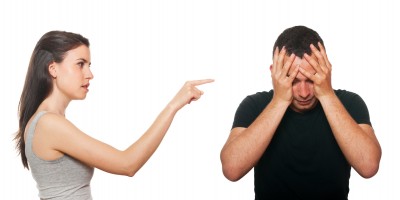 So, you’ve asked him a specific question and he’s actually talking. Great! This is when you need to remember that men require more processing time than you. If you interrupt, you distract him from this and he’ll start feeling overwhelmed. Throw a few more rebuttals at him and he’ll almost definitely start to withdraw.

It’s of utmost importance to pay attention to your own reactions in this way, when your guy does start to share. This isn’t the time to get critical or judgmental about what he’s saying. If you do, he won’t feel like he’s in a safe place to share and all those preconditioned, evolutionary issues will rear up – and he’ll shut down.

Think you’ll struggle to restrain your reactions? Try asking him the question you want an answer to and telling him the result you’d like. Then, let him go away in his man-brain for 24-hours to process. This way, he can let his evolutionary-wired internal processing unit do its thing, and come back to you tomorrow with an answer he feels confident in.

Talk At An Appropriate Time 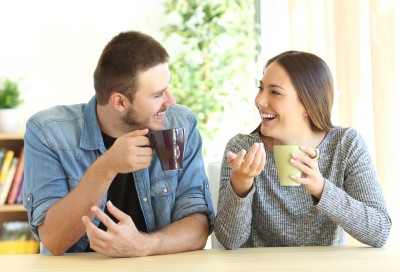 Choosing a good time to talk quite simply means better outcomes. The problem is, even when women are tired, they’re often still happy to delve into feeling-based conversations because it’s natural to do so. For men, these types of conversations take an enormous amount of processing power, which is something women don’t often take into account before launching into a topic.

So, should you ask him how he feels about your relationship at midnight, just before you’re about to go to sleep? It’s not the best idea. In fact, it’s the equivalent to him asking you to do an especially analytical task you’re obviously not in the headspace for, at that time of night.

This is especially important when you know conversations might be difficult or intense. You know those fights, for example, when you’re yelling at each other right before work and time’s running out without a solution in sight? Pick your timing wisely and you’ll avoid totally unnecessary obstacles.

Check In With Your Own Behavior 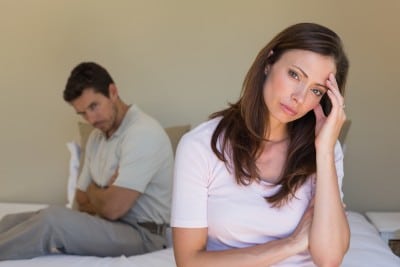 If you’re in a longer-term relationship and your man still struggles to express his feelings, it might be time to check in with your own behavior. Often, expressing emotions is a double-edged sword for men and if your reactions prove this, he’ll be building protective barriers that might become impenetrable.

Though you may think you want your man to express his feelings, can you really handle and accept it when he does? Or, have you hit back with disapproval, criticism or a lack of respect for what he’s dealing with? There’s a very big difference between offering support and trying to correct him in some way when he shares his feelings.

He needs to know that it’s safe for him to express emotions, without causing you to lose your belief or respect in him. Even if you don’t agree with him at the time, it’s important to validate his opinions, thoughts and feelings, by fully hearing him out and trying to see things from his perspective. Drop your own agenda while he’s talking, practice active listening and forget your expectations, in favor of understanding his truth.

This kind of transparency leads the way to opening up further and forging deeper relationship bonds. While he’s probably never going to communicate his feelings like you do, he will eventually delve into emotional intimacy. Underneath all the reasons why it’s hard, he really does want it as much as you do.