How to Make Him Miss You 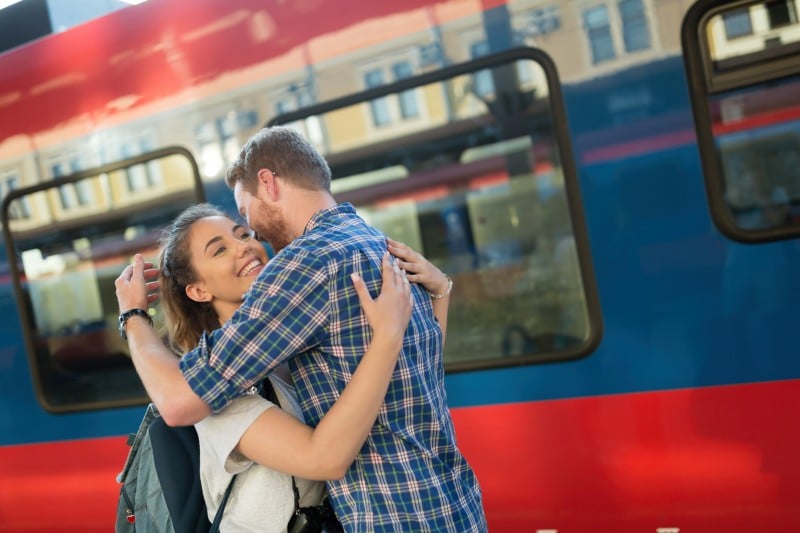 How to Make Him Miss You

What if you knew that you didn’t have to try to make a guy miss you? It’s true, even though there’s a lot of bad dating advice out there that focuses on manipulative techniques to fool him into it. You know the deal – make him jealous, orchestrate conflict and ignore him.

It doesn’t sound like something any high-value woman would do, does it? In fact, if you try it, he’s likely to think you’ve gone crazy and not only will he not miss you, he might just decide he wants nothing to do with you, at all.

You can make him miss you like crazy, by doing the exact opposite. In a nutshell, there are only two things a guy needs to miss you. Positive emotional experiences and the space to appreciate them.

Before we delve into that though, it’s important to understand why you feel like you have to make him miss you, in the first place.

Learn To Handle Your Insecurities, Rather Than Project Them 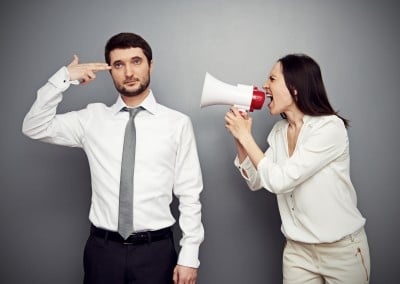 Chances are you’re wondering about how to make your guy miss you, because you feel insecure about him leaving you. This is totally normal and we’ve all been there. You’re worried about him having a good time without you, potentially meeting other women or actually cheating on you.

First up, consider why you feel insecure. Has he given you any justifiable reason? Or, are you reliving past experiences from an ex and projecting them on him? It could be that you’ve heard stories of relationships breaking up, because someone had a ‘fling’ while away.

If he’s already given you a reason to mistrust him, the question you need to ask yourself is why you’re still with him at all. Do you really want to go through life feeling nervous every time he’s not with you? Rather than thinking about how to make him miss you, consider how much better life will be with a guy who’s worthy of your trust.

“Rather than thinking about how to make him miss you, consider how much better life will be with a guy who’s worthy of your trust.”

When your insecurities stem from thoughts, rather than real life facts, it’s time to learn how to handle them. If you don’t, you’ll probably start seeking reassurance in ways that’ll result in negative emotional experiences, for both of you.

Get really honest with yourself about why you need his reassurance. Maybe part of you wants him to sit around missing you, rather than have a good time. Perhaps you fee if he’s sad, he’ll be less attractive to other women. Or, you think if he has a crap trip, he’ll definitely come back to you and never want to leave again.

If you let this kind of thinking run rampant, you’ll get moody and anxious. Then, you’ll start expecting him to make you feel better, because, after all, it’s his fault you feel like that, right?

Perhaps it’s true, for the insecure part of you. But it’s not the voice of a high-value woman who wants the best for her man. When you let the insecure you determine your actions, your man will feel trapped and it’ll work completely against you. Literally, he’ll be running for the door and he won’t miss you once it closes.

Here’s a checklist of patterns that are easy to fall into, when you’re feeling insecure. If you’re doing any of them, you’ll know you’re not showing him your best self anymore and, instead, pushing him quickly out the door:

Do any of these sound familiar? The more you do them, the more he’ll feel like time spent with you is a burden, rather than fun. He’ll start pre-empting the need you have for reassurance, which means he’ll associate you with negative emotional experiences.

So, how do you stop the avalanche of negativity? By remembering that you can never stop someone from cheating on you or losing interest anyway. In fact, when you try to, by projecting your insecurities on him, you’ll inhibit his sense of freedom. Doing so can literally act as a catalyst towards making your worst fears come true.

“You can never stop someone from cheating on you or losing interest.”

Instead, you want to continue being that standout woman a guy would be an idiot to cheat on or lose interest in. The ‘you’ he was so intrigued by, when you first met. The good news is, being the best girlfriend you can be is so much easier than buying into your own insecurities.

How do you do it? Invest your energy in positive, emotional experiences with him.

Understand That The More Positive You Are, The More He’ll Miss You 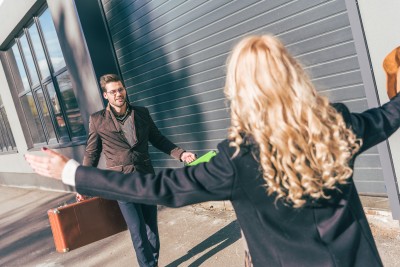 We all love hanging out with people who give us positive emotional experiences. When we’re with workmates, friends, family or partners, it’s the feelings they give us that linger and determine whether or not we’re aching to see them again.

For example, imagine being excited about an upcoming girl’s weekend away. Your man spends the week before the trip telling you not to talk to guys, to be careful about where you go at night and to make sure you ring him twice a day. Then, he does some research and decides the city you’re visiting is dangerous, the traffic sucks and a massive storm might hit.

Do you feel the constriction around your chest? The increasing annoyance each time he says anything about your trip? It’s because you’re starting to associate him with the negative emotional experiences he’s offering you.

Instead, you want him to feel excited for you and tell you to have a great time. That, of course, he’ll miss you, but the anticipation of your return is part of the fun. You want his encouragement, support and, most of all, his trust. If you don’t have it, you’ll be ‘that’ girl with the boyfriend who rings every hour and makes everyone else wait while he gets his reassurance fix.

Before long, even seeing his name on your phone will irritate you. You don’t even get a chance to miss him, because he’s forcing his insecurities and negativity on you, every chance he gets.

See where this is going?

Men may be from Mars and women from Venus, but we’re all in the same boat when it comes to desiring positive, rather than negative emotional experiences. And it’s pretty obvious which one we’re going to miss more.

Keep Being The Best Girlfriend You Can Be 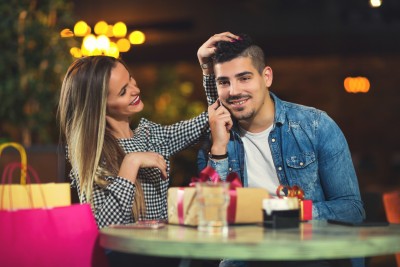 Now that we’ve explored the fact that no one misses negative experiences, or the people offering them, it’s time to get back on track towards the positive. Hopefully, you want to keep being the best girlfriend you can be because you want your man to have a great life, right?

That’s the key to making him miss you naturally, for all the right reasons.

Once you’ve sent your insecurities packing, you’ll see that manipulation and passive-aggressive behaviour is so much harder than simply being the fabulous woman you are. You’re the girlfriend who supports her man, is fun to be with and always great in bed. Most importantly, you have your own life which you prioritise, giving him healthy space to appreciate just how high value you are.

Remember, a guy only needs two things to miss you, both of which are naturally given in healthy relationships. The first being positive emotional experiences, like:

The second is the space to appreciate everything you give him, by you:

These are the foundations for a happy relationship. When you actively lay them, you won’t have to worry about him missing you, let alone try to make it happen. You’ll be in his thoughts and his heart as a radiant source of positive emotional experiences and feelings of freedom.

The result? He’ll be in a rush to get back to you, every time.