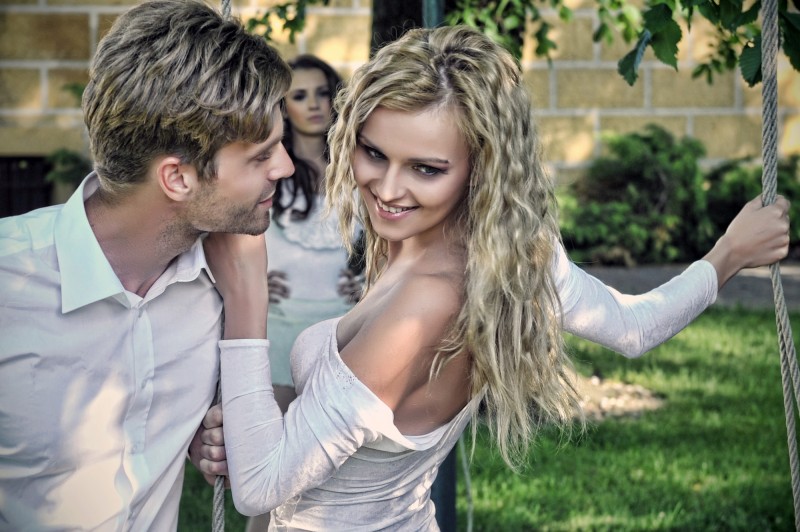 There’s never an excuse for cheating, but there is always a reason. We’ve recently covered why men cheat and the factors that play a part, including fear of loss, genetics and upbringing, values and impulsivity. The biggest element, though, warrants further exploration. What is it?

Basically, men cheat because they want something they’re not getting. Things they need to feel at their very core, from the woman they’re in love with. Some of these needs stem from insecurity or fear and it’s certainly not all on you to sort them out. Your man needs to come to the party too, by owning his issues and taking steps to deal with them.

However, when you’re aware of the part you do have to play, it’s possible to minimise and, in some cases, virtually eliminate infidelity in your relationships. Ready to dive in? Here are the top five needs that men most often look to fill outside the relationship. Helping to meet them, pretty much ensures he’ll keep craving you, rather than look elsewhere. 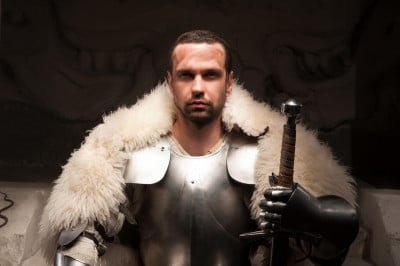 It might sound corny, but men really do want to feel like they’re your very own superhero. Without detracting from the fact that you’re perfectly capable of looking after yourself, no doubt you also like to feel loved, protected and that your man’s always doing the best he can for you.

For both sexes, this is instinctual behaviour that stems from evolution. Men were taught that if they weren’t protectors and providers, then they weren’t really ‘men’ at all. The problem in the modern world is that men are often presented with circumstances that make them feel like they’re not living in line with their masculine core.

Whether the issue is not making enough money according to society standards, an inability to provide for some reason or feeling like he doesn’t please you in bed, not feeling masculine can have serious consequences for a man’s mental health. In fact, the male suicide rate in 2017 is higher than for females, with many psychologists attributing this to the way the modern world conflicts with a man’s basic, evolutionary instincts.

Within the necessary movement of women forging a path to independence from the ridiculous shackles of the past, men are sometimes left feeling incapable. Which is a shame because, for the most part, men don’t open doors for you, carry your bags, want to provide for you or give you earth-shattering orgasms because they think you can’t do it yourself. They do it because part of feeling masculine means feeling capable, important, needed and, yes, a little bit like a sex god, when it comes right down to it.

This is an area you can certainly take the lead in, at least some of the time, to reduce the risk of cheating. Show your man that you have faith and trust in what he does. Let him accomplish tasks, knowing that he loves to feel like he’s making you happy, helping to fix your problems and creating success along his own journey.

When it comes to the bedroom, evolution taught men that if they weren’t capable of attracting and pleasing a woman they were, literally, incapable. It’s not likely any man is going to admit that he’s not good with women, because it makes him feel like a failure right to his very core – so don’t waste time waiting for him to spill his beans and ask for help.

As his partner, you’re his only source of validation, as it relates to women. If you don’t validate his ability to please you, he might very well fall down a dark hole towards emasculation, which drives him to find someone else to dig him out. Make a lifelong habit of letting him know how much he turns you on and how good he makes you feel. If he’s not pleasing you, gently show him how to. Just remember, if this is the case, he’s likely to be the most enthusiastic student you’ve ever seen!

2. To Feel Loved and Appreciated 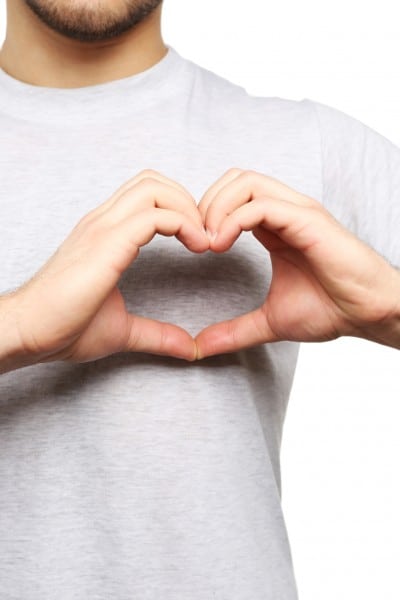 Everyone likes to be recognised and appreciated for what they do, as it’s all part of feeling loved. We also like to feel needed. If we didn’t we’d be walking through life in a state of perpetual redundancy, wondering what on earth our purpose was for being here. While it’s great that you’re not ‘needy’, being 100 percent independent with your man communicates that you literally don’t need him at all.

Even if you don’t, in terms of being entirely in control of your life, chances are you do need him to provide you with love, affection and appreciation. So, to meet his needs, think first about what you require from him, to meet yours in this way.

Do you feel special when he spontaneously gets you a present? Do you crave his hugs and kisses? Do you feel appreciated when he delves into deep conversations? Now, reverse the situation to consider what it is that makes your man feel most loved and appreciated. Then, make it a consistent habit to offer it to him.

Not feeling worthy enough is something that inflicts both sexes, often to the detriment of incredible relationships. How many times have you watched movies where the slum boy falls in love with the princess, or the billionaire saves the prostitute, only to realise he’s found the love of his life?

Right in the middle of these movies, what happens? The slum boy or the prostitute inevitably feel unworthy in some way and do everything they can, consciously or not, to sabotage the situation. In this stereotypical scenario of the wealthy, ‘upper class’ person falling in love with someone from the other side of the railway tracks, the slum boy and the prostitute run away because they truly believe their lover is better than them, and better off without them.

“Not feeling worthy enough is something that inflicts both sexes, often to the detriment of incredible relationships.”

This is an example of something you may not have much control over. If a man feels, at his core, like he’s not worthy of you because you’re such a high-value woman, he could fear rejection and hurt so much, that he cheats to sabotage it. In this case, it signals to you that you could be choosing men who appear safe, rather than those you’re really attracted to. On the flip side, even if this isn’t the case, be careful not to chip away at a man’s sense of worthiness. He needs to feel loved and appreciated, just as he is. 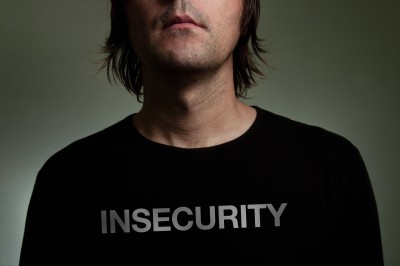 The fact is that all high-value women make men feel a little insecure, some of the time. Afterall, she’s out doing her own thing, living her life and providing a natural space that allows him to maintain attraction. That’s a good thing and one that keeps the spark alive, however, it definitely has its limits.

When you’re intentionally trying to make a man feel insecure, you’re crossing the line. It’s pretty obvious that the less secure a man feels in a relationship, the more likely he is to stray or self-sabotage. Imagine if your man threatened to leave you every time you had a fight, constantly made you feel like a crap girlfriend or pointed out why you’re not compatible, each time you disagreed. You’d end up feeling pretty insecure, right?

If you’re doing this often with your man, the more his confidence in the relationship will decline, increasing his chances of cheating. He’ll start forming barriers in order to protect himself, which leads to emotional blockages and looking elsewhere to have his need for security met. At the end of the day, there’s no reason to threaten or criticise to get your own way. If you’re doing this, it’s time to start questioning your own insecurities and whether or not you’re with the right person.

5. To Feel Excited and Passionate 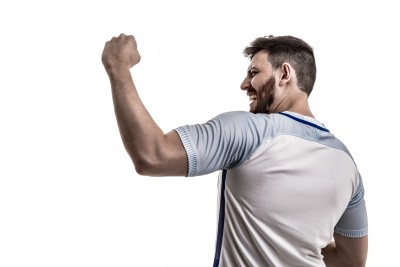 Why do we all love falling in love? Because it’s so damn exciting and passionate! Problems arise when we’re stuck in the monotony of a stable relationship and start craving something new. This applies to men and women as everyone has a drive for variety. For some, this might mean watching blockbusters, for others its skydiving and then there are those that get their thrills from sleeping around or cheating.

Being that it is what it is, you can’t completely ensure your partner never cheats for this reason. You can’t necessarily ensure that you don’t either. But, you can have a major influence. The more variety you create in your relationship, the less reason there is to look elsewhere for excitement.

Relationships are so much better when you constantly break patterns and do fun, interesting, adventurous things together. Yes, this means spicing up your sex life and surprising each other, so that you’re not longing to try a new flavour – from a different shop.

But it also means avoiding boring daily routines, travelling to exotic places, playing sports, learning new skills or doing anything that aligns with seeking out fun on a regular basis, together. When you do this, in and out of the bedroom, your relationship will be more passionate and exciting than either of you can imagine single life to be.

Chances are, your man is never going to want to give that up, for the sake of a cheap thrill. If he does by choosing to stray anyway, you’re too high value to give him another thought.