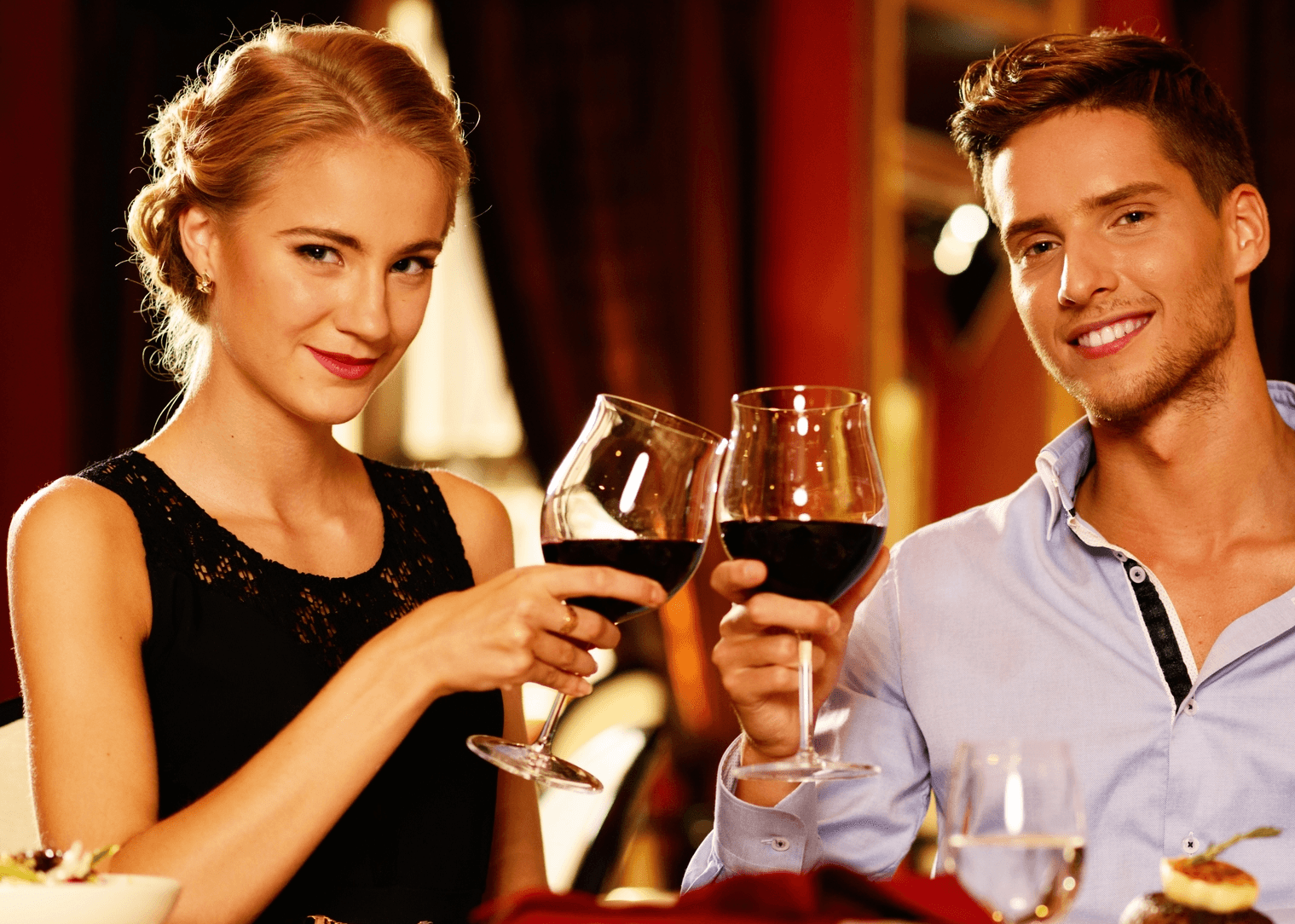 Think about someone you really admire, whether that’s a hot movie star, a world leader or your next-door neighbour. You may or may not think you have anything in common with them, but you do. That is, that we have all failed, been rejected, embarrassed and fearful, especially while trying something new.

None of us can escape this, as it’s all part of learning. It’s exactly the same as falling off your bike when you’re a kid and screaming for you mum. Most of us get right back on the bike, right? Or else we’d never learn from what we’d done wrong, in order to get it right and sail onto peddling success.

Talking to guys is no different. If you don’t try or practice, you’ll never feel comfortable doing it. If you keep reliving the pain of embarrassment or rejection, you start to think there’s something wrong with you, guys and dating in general. You hold yourself back because of anxious thoughts alone. So, how do you make yourself get back on the bike when it comes to the dating scene?

How did you do it as a little kid? It’s likely that you had more courage to try again because you hadn’t fallen into the trap of seeking validation from anyone else but yourself and your caretakers who (hopefully) always encouraged you to get back on the bike. Encouragement is great. But, relying on that encouragement to feel good about ourselves is a fast track to confidence issues, especially on the dating scene.

The only way to get back on the bike with real success, and the one thing that builds massive confidence, is to learn how to validate yourself.

Looking For Validation In All The Wrong Places 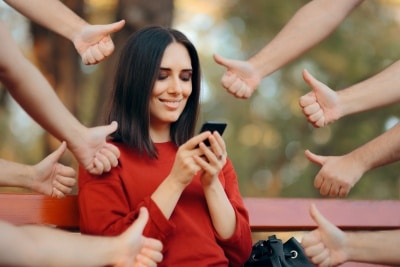 A real-life scenario of a past client of mine goes a long way towards explaining how easy it is to succumb to a life of seeking validation from everywhere but yourself. Nikki is a very physically attractive woman but lacked confidence talking to men she liked. She explained to me that while she was growing up, she was the perfect A-grade student, adored by her parents and her teachers. Her brother, on the other hand, was always in trouble and just basically did as he liked, and felt good about it regardless of what anyone thought.

As we looked at the pattern, it became super clear that Nikki had trained herself to take validation externally. She learned that to feel good about herself meant living to other’s standards – and got clear proof of this via the praise about being a ‘perfect child’. This is similar to an addiction, in that everything you do becomes subject to receiving glowing praise. So, as an adult, she became terrified of not being able to hold herself to the standards of others, especially when it came to talking to guys she was attracted to.

It’s easy to see where this is leading. When you’re terrified of failing to live up to self-imposed standards and the perceptions of guys, you stop trying or putting yourself out there altogether. It’s just too scary to face the embarrassment of coming across the wrong way, let alone outright rejection while dating.

However, back to the story of learning to ride a bike – it’s time to ask yourself why you think talking to guys is any different to this, in the life-long story of making mistakes in order to learn and achieve success.

Talking To Guys Is A Skill Like Anything Else! 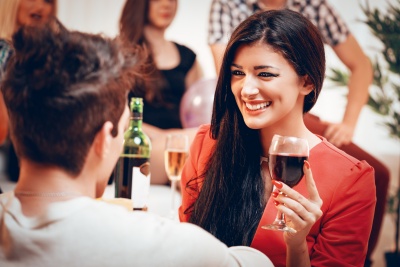 Most of us manage to persevere in life through failures, shortcomings, mistakes and embarrassment in order to kick goals. For example, when you first go to a yoga class and don’t know any of the poses, you spend a few weeks feeling awkward, inflexible and feeling like you look pretty stupid. After a while, you start to glide into the postures with ease, grace and peace. Why? Because you didn’t really care what you looked like, as the end result was worth it. So, you practised until you kicked it.

It’s likely that the career you’re in, the hobby you love or that one thing you’re really good at also took time and effort to push through the mistakes, the failed auditions, the nervous interviews and rejections, before you found yourself on top of it. Whether you know it or not, doing this gave you a sense of self-validation, by taking action and putting in the work to be great at something. After a while, no doubt you felt so confident in your skills that you probably can’t even remember the nerves of the past.

“Confidence in talking is just a skill and it’s going to start out shaky like every other new pursuit.”

Just like the shaky, stumbly experience of learning balancing yoga poses, there will be times when talking to guys results in everything from awkwardness to falling flat on your face. This is the point that’s critical to building your confidence. It’s the point where you might shrink away and stop taking action. Or, you could decide to congratulate yourself for trying and simply try again, just like you would with a yoga pose.

Confidence in talking is just a skill and it’s going to start out shaky like every other new pursuit. So, why put so much more pressure on yourself with this aspect of life? Remind yourself over and over, or write it down if you need to, that social skills are just that – skills even the most introverted people can learn.

Think about it this way. If every man or woman on the dating scene quit trying each time they’d said something stupid, ran out of conversation topics or faced someone who just wasn’t interested, we’d all be in relationships with Netflix instead of each other. There are no results in quitting and there are no results without taking action.

And the key to self-validation is knowing that the prize is in the action, not the result. 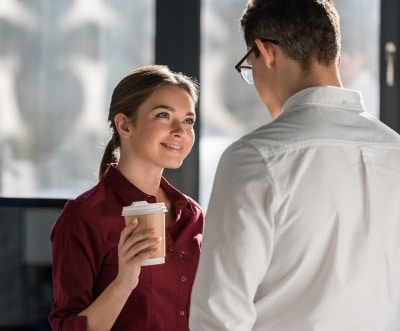 You can learn all the dating techniques in the world and still get poor results when you go out and try them. As we’ve seen above, that’s just life. Even the most socially-confident, attractive people in the world get rejected, embarrassed and anxious about new things. If we all stopped taking action because of this…nothing would ever happen.

So, moving forward, the only thing to do is to stop letting the outside world determine how you feel. Stop looking only at the results to receive validation and start being your own cheerleader along the way. You had faith in yourself when you were pursuing that hobby or career you love and you were willing to make the mistakes necessary to learn how to do it, right?

There’s absolutely no reason to apply a different logic to talking to men, with confidence.

At the end of the day, why do you really care if that last guy at the bar smirked when you said something that came out the wrong way? It was a tiny moment in time and his reaction was about him, not you. Why would you want to let that stop you from taking action with another guy?

Put that sting to your ego aside and don’t think about it again. Instead, simply try again. Talk to people without thinking about it and know that they’ll take it or leave it, regardless. You can’t control how they’ll respond and no amount of worrying about it is going to change that. When you begin to detach from perceived control over situations, what people think or how they’ll react, the social barriers you feel start to crumble.

As you keep taking action, and it keeps getting easier, confidence has no option but to grow. Especially when you congratulate yourself each and every time you take action. The minute you’ve opened your mouth really is the minute you’ve succeeded, regardless of how he reacts to you. It’s the proactive self-validation that leads to effortlessly talking to guys with confidence, in exactly the same way that little voice in your head says, “I’ll get it right next time,” when you stumble out of a yoga pose for the 50th time.

Soon enough, that awkwardness drops away and you’ll know this because you’ll notice more men responding to you warmly. Your confidence will start shining and, with it, the authentic ‘you’ is set free to make the impression you want to make, without having to try. Just like your body, your mind becomes more flexible with practice in talking and it’s spurred on by congratulating yourself for taking the action. Really feel the empowerment of this and remember that the only opinion of ‘you’ that matters, is yours.

You might as well make it a great one!

Before you know it, you’ll glide into the bar, right over to that hot guy and say something fabulous – without evening giving it a thought. And if he doesn’t respond positively? You’ll smile and move on with ease. That’s the power of self-validation. 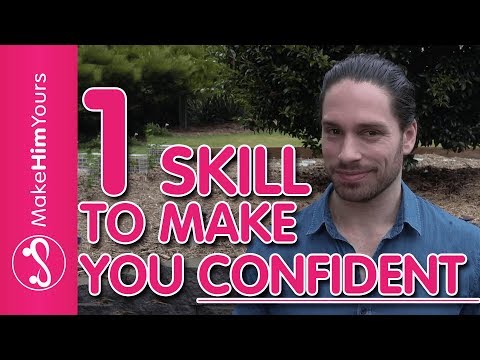 GRAB A COPY OF MY BOOK HERE!