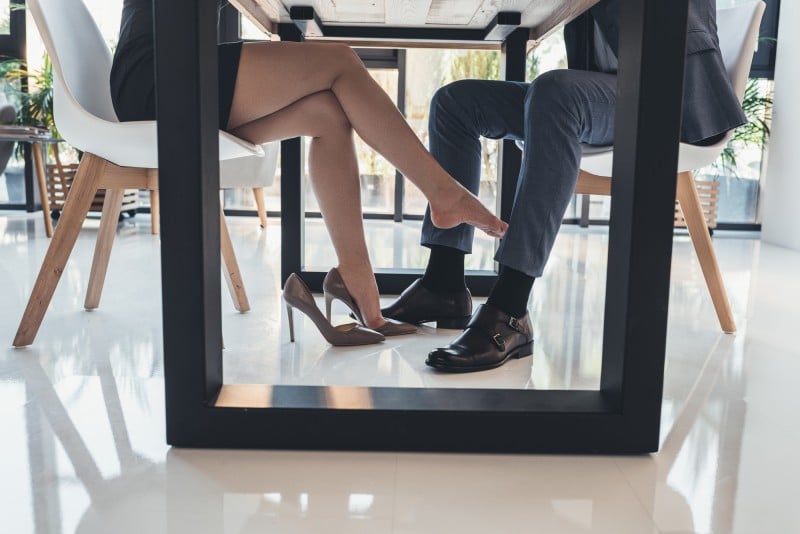 Just the thought of telling a guy you like him can send your nerves into overdrive. Putting yourself on the line like that, with anything in life, takes you far out of your comfort zone. This means it’s almost always a good thing to do, for your own personal growth, if not for the state of your nerves.

But, what’s the best way to do it? Let’s find out.

If you’re asking this question, it’s likely you’re in one of two specific situations. The first one is that you don’t know the guy in question very well at all, like someone you randomly see at work or at your favourite pub. The second situation is with a man you know very well, after spending a lot of time together. He could be a close friend you’ve developed feelings for or a guy you’ve sat in lectures with for years and now you want to express your undying love for him.

The first situation is a standard dating scenario that’s pretty simple to tackle, so let’s dive in.

Step one: Get talking to him

So, you’ve been watching a guy in class from afar, loving his comments and feeling a flutter in your stomach every time he laughs. Or, you work with a guy and say hello in passing, but you haven’t really chatted yet. The attraction is based on a few lingering glances and the fact that you know he really rocks his job. You get the picture.

What you need to do first, is get talking to him. While on the outside he might seem to tick all your initial boxes, you really have no way of knowing yet if he meets your standards. Figure out a way to have a conversation with him – not to get him to like you, but to see if you really like him.

The best way to do this, is to spark up a friendly conversation about your shared interests, just like you might do with anyone you see regularly but don’t really know. For example, at Uni, ask a question about an assignment that’s due or bring up an interesting point from a lecture. If you work with him, casually compliment him on a completed project everyone knows about, ask a question relating to a common role or just mention how good the lunch was at the last staff meeting.

The same thing applies with a guy in your friendship circle, as there’ll be plenty of common interests. Or, talk about something that’s going on in the physical environment, like a song that’s playing or how funny ‘so and so’ was when he was busting some moves.

In the case that you’ve never actually spoken to the guy at all, go up and introduce yourself, while keeping a topic in mind to mention in case nerves get the better of you. When you break the ice like this, with a friendly smile, most people won’t leave you floundering and wishing you hadn’t. If, on the odd chance he responds in a rude or particularly standoffish way, at least you’ll get a bit of an insight into his personality and know that perhaps your first impression wasn’t the right one. 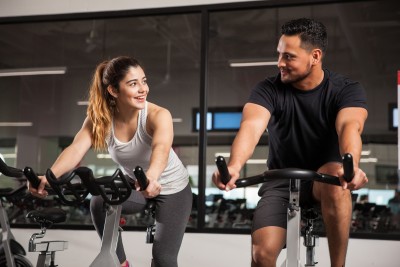 Once you’ve started talking to him, you’ve created the opportunity to get chatting to him regularly. This is how you become ‘the girl he talks to’, rather than, ‘that random girl he talked to once’. To take the pressure off, remember that this is basically how all friendships start out.

You sit next to someone in a lecture, strike up a conversation about common interests and before you know it, that’s what you do in every lecture you attend together. It’s the natural progression of two strangers who recognise each other in passing, to connecting over shared pursuits, which segue’s comfortably into the next step.

Step three: Find out if he’s single or not

Now that you’re chatting, and providing he’s portraying qualities that match your high standards, you’re in a position to find out whether he’s single or not. Obviously, this is valuable information, in terms of your expectations versus reality. If he doesn’t naturally mention something that lets you know his dating status, ask leading questions.

While he’s telling you about something he’s done, ask if he did it with friends, family or a partner, to clarify details in the story. If you’re feeling confident, there’s nothing wrong with asking him straight up if he’s single. It doesn’t necessarily mean you’re implying anything, as it’s a pretty normal question to ask someone when you’re first getting to know them. 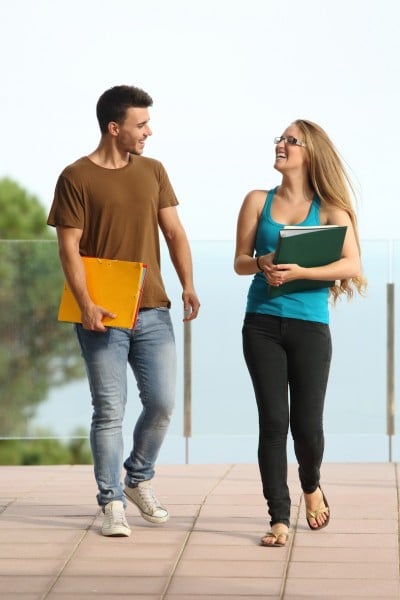 Step four: Set up one on one time

When you’ve been talking regularly for a while, rather than just having random conversations, aim to set up dedicated one on one time with him. By this time, it’s likely you’ve found shared interests based on where you met and what you’ve told each other. Therefore, things should progress quite comfortably towards moving it out of the office, classroom or mutual-friend gatherings.

If you’re in doubt, choose an activity you’ve both discussed and like, then suggest to him that the two of you should do it together sometime. If he agrees, put your number in his phone and tell him to call you when he’s free to confirm a time.

Spending one on one time together gives you the perfect opportunity to tell him you like him non-verbally – to give him the green light to make a move. Watch the videos, ‘How to Flirt with a Guy’ and ‘How to Get a Guy to Kiss You’ for tips. When you do this right, most guys in this situation are going to get the hint and you’ll know you’ve succeeded in letting him know you like him. 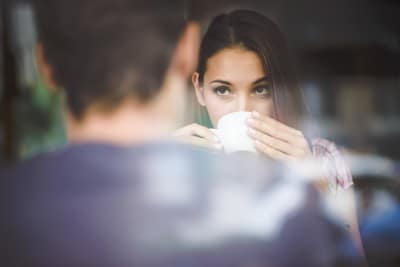 Unlike the first situation, this one often comes with a fairly big obstacle. In many cases, the guy will have become unresponsive to most non-verbal signals from you. This means he’s mentally put himself in the friend zone and will justify a lot of your signals as you ‘just being friendly’.

There’s a little more work to be done, but that’s not to say you can’t get there. Just make sure he’s single, first.

Step one: Change the dynamic

The first thing you can try is to change the dynamic between the two of you. Do you usually hang out during the day, with other friends playing sports or at the beach? Invite him to do something at night, just the two of you, like trying out a new restaurant or bar. If you often spend time together out at clubs with a group, suggest that you and he catch a movie together for a change.

Just make it something that’s suddenly and obviously more intimate than your normal activities with him, so the energy is switched up. This might be enough for him to get the idea, by encouraging an environment that’s much more conducive to flirting and – hopefully – kissing.

This one sounds really scary, but if you guys have known each other for a long time, signals might not work at all. Just remember, it’s probably better to know if there’s an opportunity for a relationship than forever wonder about ‘what could have been’, especially if he’s well entrenched in your life.

Choose a moment when you’re in an intimate setting, such as the examples above. This way, you’re both a bit vulnerable and it’ll feel more natural to initiate a conversation about it. Here are a couple of non-confronting ways you could say what you need to:

“The more I get to know you, the more attracted I’m finding myself to you.”

“Have you ever thought about me and you together?” 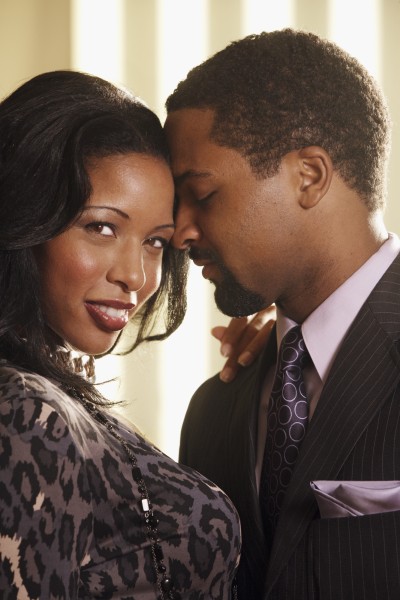 If you’re finding it hard to get him to hang out in a more intimate scenario with you, let alone create a moment to tell him how you feel, it’s best to leave it be. More than likely, it means he doesn’t feel the same way. However, a negative response could also indicate that he’s shy or nervous about making that move, so he might come back to you. Either way, let it sit with him and get on with your life in the meantime.

When his response is positive, hopefully, you’ll know because he’ll be kissing you without further ado. If not, aim to seal it with a kiss right then and there, or at least the very next time you hang out. Leave it longer and you run the risk of both of you freezing up and shifting back to friends mode, just to stifle the nerves.

Remember that it can be really hard and nerve-wracking for a guy to change the dynamic like this, especially if he’s shy. Check out the ‘How to Get a Guy to Kiss You’ video or straight up tell him you want him to kiss you.

Better yet, just kiss him yourself and leap happily onto the path of romance your bravery lead you to.