How To Tell If A Guy Is Flirting With You 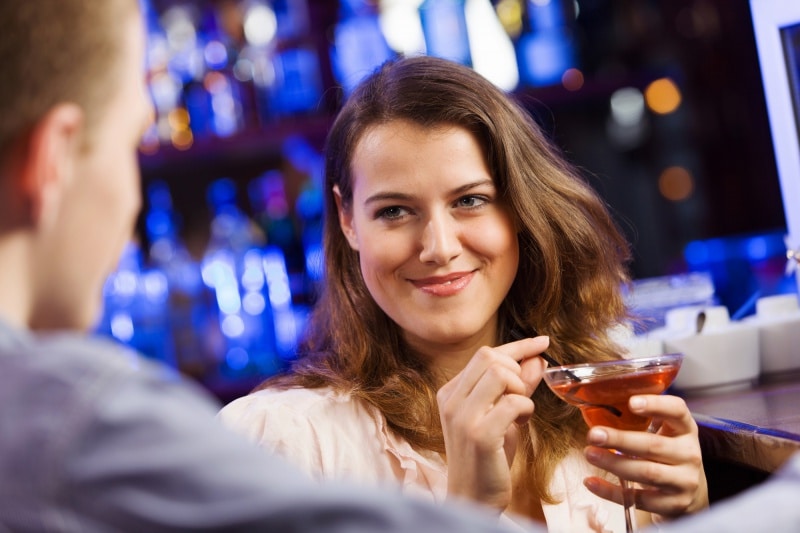 How To Tell If A Guy Is Flirting With You

Is he just being friendly, or does he want more?

Figuring out the intentions of a guy you’re talking to can sometimes feel like deciphering Morse-code. You figured he was just being friendly, but the more you spend time together, the more you suspect there’s more to it than that. He touches your arm. He talks about other women. He makes a joke about the two of you as a couple.

Is he just being friendly… or is he flirting? 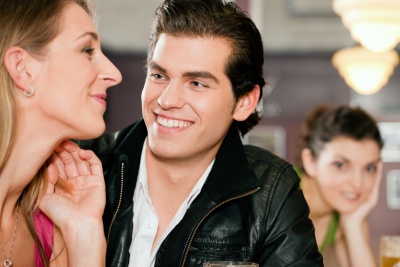 As a coach, I’ve noted an interesting pattern. Women underestimate a man’s interest, while men overestimate a woman’s. So if you have to ask the question, “Is he flirting with me?” the answer is usually “Yes.”

But there are exceptions, and the last thing you want is to misread the situation. Today, I’m answering the question: “Is he just being friendly, or is he flirting with you?” by giving you 8 telltale signs his interest is more than platonic.

1. He makes playful jokes or teases you.

Does he tease you, sometimes taking it a little too far? Almost to the point of offense, before he realises his mistake and backpedals?

Does he – almost weirdly – seem to want to make fun of you at every opportunity, even for things that really don’t warrant it?

If he’s making fun of you for dumb things (like bread), he’s not losing his mind. He’s just trying to flirt with you at literally every opportunity, even when it’s quite clear there is no such opportunity to be had. 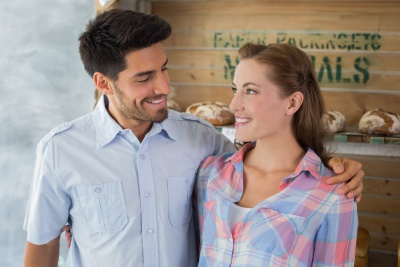 Men get physical with women they want to be close to. From a subtle touch on the leg or lower back to literally picking you up – physicality – in virtually any form, is a sure sign a guy is flirting with you.

3. He talks to you more than anyone else.

Do you notice, in any group situation, he spends the majority of his time talking to… you?

Men subconsciously put their time and effort into women they’re interested in. His feelings for you, therefore, are demonstrated directly by how much he tries to talk to you (especially if other guys are around!)

If you’re noticing he seems to ‘get through’ conversations with others (especially women), so he can get back to talking to you – there’s a good reason, and it’s not because he wants to be your friend.

4. His body language goes to you. 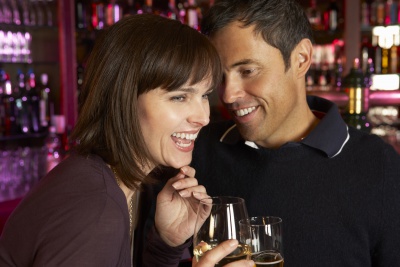 Just as powerful as his verbal attention is observing his body language.

Does he spend most of his time with his chest and torso directed towards you, even when others are involved in the interaction?

Does he always turn back to you after his attention is taken away?

Does he always seem to wind up in your vicinity?

If so, it’s not a coincidence. It’s so he can flirt with you.

5. You keep catching him smiling or looking at you.

His body language from a distance speaks volumes, too. Do you keep catching him looking at you from across the room? Smiling? Watching who you’re talking to? Especially in social settings, a guy who’s into you will be constantly vigilant of where you are and what you’re doing.

6. He suggests future hangouts or alludes to you as a couple.

Does he make suggestions for the two of you in the future? An upcoming market? A festival? A new bar he insists you join him at?

These relatively innocuous comments are signs that – playfully – he’s feeling out your response to the idea of you and him.

7. He prods for lots of information about you.

When a man who shows 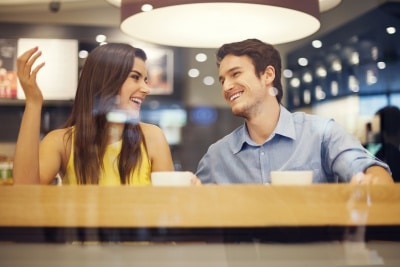 consistent interest in you across a broad range of areas (especially your relationship status!) he does so for a reason. It’s not because he happens to share your passion for plantquariums or astrology. It’s because he likes you and wants to build rapport.

Sexual innuendos, above all other signals, should make it immediately obvious he’s flirting with you. Such innuendos could mean he’s only after sex, but could also mean he fancies you and is having a flirt (innuendos alone don’t separate the two). They do, however, confirm he’s interested.

Men are easier to read than you think. If you see the signs listed here, he’s flirting with you and is looking for the response from you that constitutes his green light to make a move. Remember: Women underestimate interest and men overestimate it. If you’re asking the question, “Is he flirting with me?”, the answer is probably “Yes”. 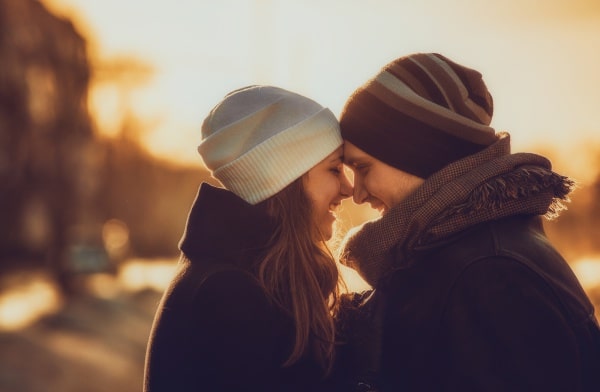