How to Make Your Ex Miss You – For the Right Reasons 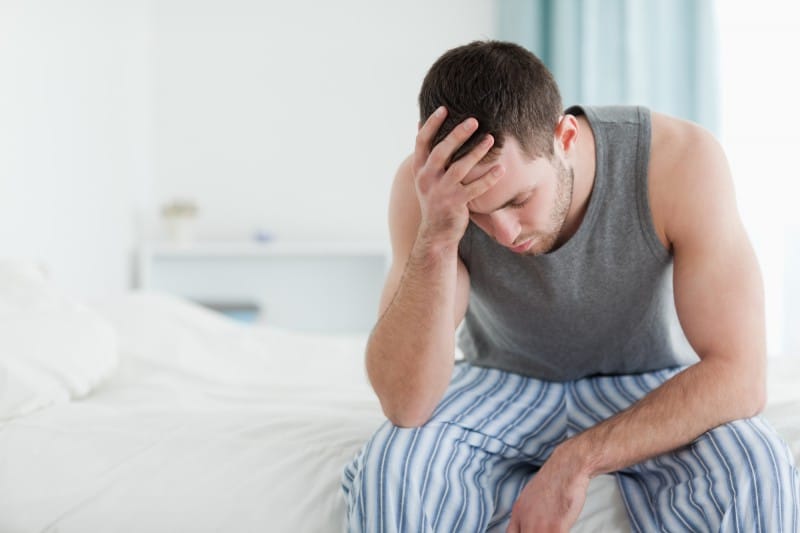 How to Make Your Ex Miss You – For the Right Reasons

So, you’ve been through a breakup, you’re hurting and you want to get back with him – or get back at him. Not many of us escape those feelings, especially in the beginning when wounds are raw and we’re reacting out of fear, sadness or anger.

From this mindset, it’s easy to fall into the trap of using manipulative techniques, like being with someone else, acting mysteriously or having mind-blowing post-breakup sex with him. Think about this though. How are you left feeling, in the aftermath of the devious plan?

Perhaps it’ll work in the short term, but there’s a reason you broke up in the first place. It won’t be long before the same issues rear their annoying little heads again, and you’ll be back where you started, feeling worse than the first time around.

If you truly want your ex to miss you, you need to make sure you’re coming from the right place – and it all starts with forgetting about trying to make him miss you. The desire to do so comes from a place of hurt and doesn’t represent the high-value woman you really are. All you’re doing is investing your energy in someone who’s no longer invested in you.

Don’t invest your energy into someone who is no longer invested in you.

What you need to focus on is learning how to shine again, despite your break up. Get back to being the best person you can be. Remember how much you have to offer and how very worthy you are, of a relationship that both partners are equally invested in.

And, as a secondary bonus, working on yourself in order to shine, will make your ex miss you like crazy.

1. Accept His Decision – And Thank Him 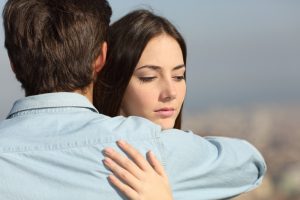 Accepting the breakup and even thanking him for it might seem like the last thing you’d ever want to do. What you’re really doing though, is taking back your power, to use for a much more important reason – you. The more you text, call, beg and try to reason with him as to why you should be together, the more you’ll chip away at your own self-worth. In this way, you’re deliberately putting yourself in the path of endless rejection, while further proving to him that the breakup was the right decision.

If you’ve been doing this, it’s ok, but now’s the time to stop. You don’t have to give him the cold shoulder either, simply thank him and let him know that, though you’re devastated, you accept the decision. When you do, it’s time to walk away. In the weeks and months to come, he’ll be stuck wondering if he made the right decision after all, because you’ve shown self-respect, dignity and emotional maturity.

If this all sounds too hard, take steps to get out of the repetitive thinking that’s keeping you trapped in a cycle of desperation. Meditate, practice deep breathing and talk to your friends, so you feel calm, centred and ready to act in your own self-interest. As soon as you do, you’ll feel a sense of relief because you’ve taken control of your own path, instead of thinking he’s the only one who can make it better. 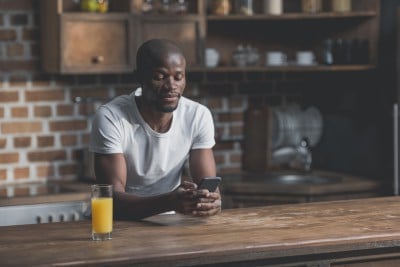 Unless you want to get over him and have him out of your life for good, ignoring him completely is a form of game playing and certainly doesn’t help you shine. Allowing very limited contact, when it’s initiated by him, lets him know you’ve moved on in order to be polite and respectful, despite the past heartache.

Very limited contact means short, sweet replies in response to texts, brief, positive phone chats if he calls you and a friendly approach that lets him know you’ve put him firmly in the friend’s zone. At the first hint of a disagreement, fight or a past issue resurfacing, make sure you politely end the conversation, before it results in an emotional downpour.

Remember that you don’t want to invest emotionally in a person who’s not invested in you. This includes arguing and manipulative words aimed at tugging the heartstrings, no matter how subtle. When you’ve mentally moved on from the situation, none of that stuff matters anyway, so it has no power to emotionally inflict you.

Treating him like a friend, rather than a flame, shows him you’ve truly moved on and you don’t want, let alone need, someone who doesn’t want you. Now, other people take priority in your life and get to bask in the beautiful light he once adored. It’s this very fact that makes him miss you like you wouldn’t believe.

At the same time, when you’re in control of emotional responses and able to avoid initiating contact with him, you’ll feel your self-respect soar. As this happens, you really will start thinking more about your exciting new life, than the need to make him miss you, take revenge, or get him back.

Relationships tend to take up a lot of energy and mental space, let alone breakups and all the emotional turmoil that goes with them. The number one way to help you through it all is to spend that energy on making yourself happy. Investing time working on yourself means you won’t even be thinking about him, let alone having to give your phone to your friends, just to stop yourself from stalking his Facebook. 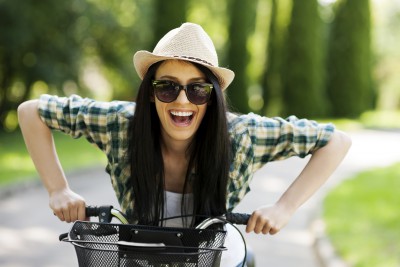 In fact, making yourself happy will probably result in him stalking your Facebook, knowing that he’s seriously missing out – and missing you like crazy.

Try some of these ideas, to get you started.

4. Challenge Yourself With New Goals 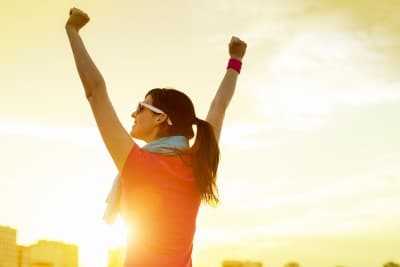 What goals have you been putting off while you were in a relationship or nursing a broken heart? Write them all down and start ticking them off, with a passion! Challenge yourself to move out of your comfort zone and into excitement with a new hobby, exercise routine or a course you’ve always wanted to study.

Organise a trip overseas or anywhere that puts you in brand new surroundings. Travel changes your perspective and makes your problems seem a lot smaller because you get a break from the triggers of the past. When you return, it’ll be with fresh eyes and a motivated, positive outlook for the future, with or without him.

Sometimes there’s nothing better than a new hairstyle, a day spa appointment or a revamped wardrobe, to make you feel good about yourself again. Splurge and indulge in whatever way feels right, to help foster a happy mindset. Just remember that it’s not about trying to impress him, or anyone else for that matter. Refresh your appearance exactly how you want to, with no thought of whether or not he’ll like you with red hair, for example. You like it, you go for it. 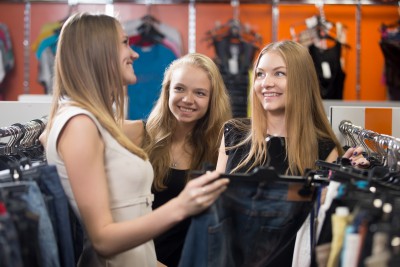 6. Spend Time With Your Friends

There’s nothing like a group of positive, supportive friends to remind you of the high-value woman you are. Surround yourself with people who’ll uplift and help you get back on track. Get out and about with the singular purpose of having fun and doing all those things you love. Hit the beach and read a romance novel with the girls all day, dress up, get a group together and sip cocktails at the latest club – anything that brings you happiness, in your own unique way. 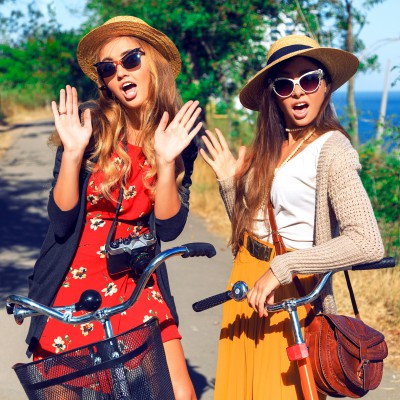 7. Let Him Find Out About Your Wonderful World – On His Own

If at this point you’re still tempted to flaunt your wonderful world in his face, you’ve got a bit more work to do on your yourself, your self-esteem and your mindset. Take all the time you need to make yourself happy and don’t give in to the temptation to send him snapchats or tag him in photos of you out with other guys, just to make him jealous.

Providing you walked away, accepted his decision and didn’t initiate contact, he’ll automatically be wondering what on earth you’re doing anyway. His curiosity will lead him to find out on his own and, what he’ll discover, is you being the high-value woman he let go.

When he does, chances are he’ll initiate contact. If you still want him back, let him court you again, rather than jump right in. When its revenge you wanted, whether or not he contacts you, you’ve effortlessly achieved it. Not because you stooped to his level, but because you’ve made yourself happy without him.

And, just maybe, after a few months of working on yourself, he’ll be little more than a memory, fading quickly under the bright light you’re shining on the world. 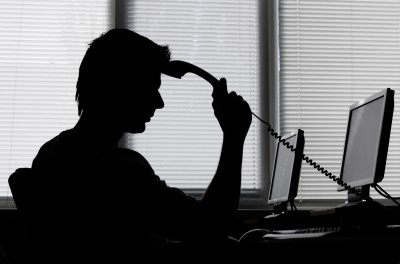