Nailed it! – 7 Tips to The Best First Date of Your Life 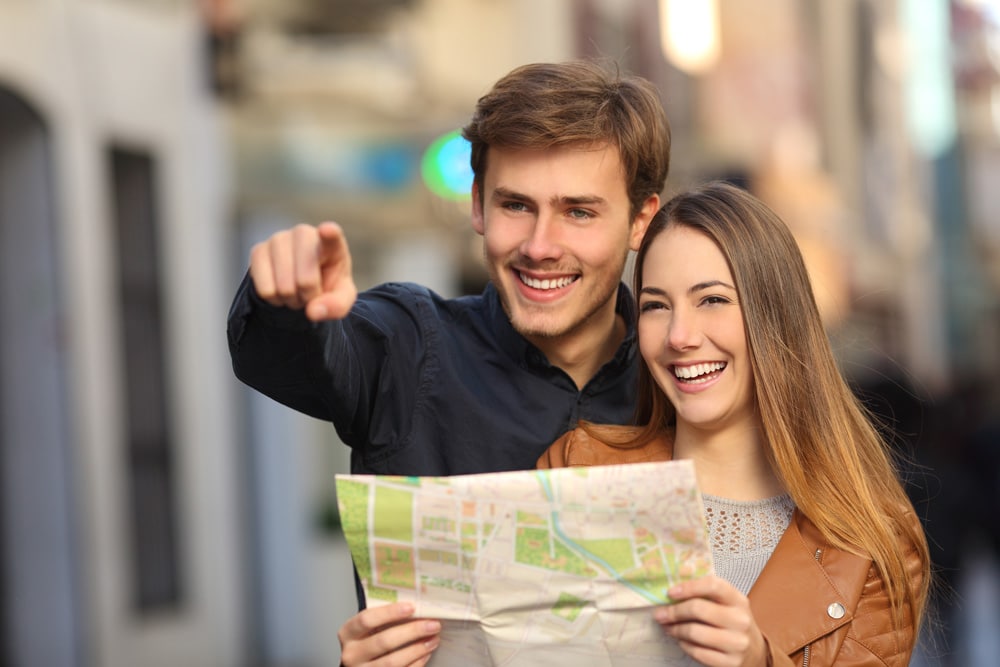 Nailed it! – 7 Tips to the Best First Date of Your Life

The first date. Every person’s favourite event in dating. Or… not. It usually starts with a freak out call to a friend about what the hell you should wear, then kicks-off with the unenviable task of trying to make small talk with a virtual stranger. The middle portion is filled with you, trying not to spill food on yourself, and usually, ends with that awkwardness we all love, where he’s supposed to kiss you, but now, has left it so late that he’s put as much pressure as humanly possible on the situation.

First dates are filled with an endless amount of opportunities for things to go wrong. It’s not surprising that most people are a little unsure about them, and many of us go in with more than a few nerves.

Still, they can be pretty rewarding, too. When they go well, first dates are a real pleasure. When you meet and connect with someone, who matches your energy and puts butterflies in your stomach at the thought of them, there’s no feeling quite like it.

So how do we sure up the ‘bad’ first dates, at least enough to make them bearable? And how do we take those good ones, with the guys we really do connect with and make them into the most incredible first dates imaginable?

I’m glad you asked. Here are my top 7 secrets to a great first-date experience.

1. Hug when you first meet 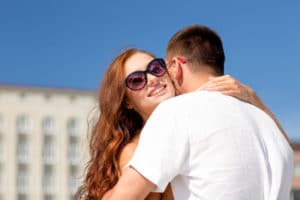 Breaking the physical touch barrier at the very beginning, with a hug for your date, is one of the most effective ways to prevent future awkwardness throughout the date. The majority of difficulty on dates is caused by two people not feeling comfortable with one another. In regards to touch, this is fortified by the fact that we, so often, meet then proceed to sit across a table from one another, allowing us to easily go 2-3 hours with great conversation, but never the ability to incorporate normal, social touching. We’ve all felt that awkwardness of being 3 hours into a date, getting along, but having a ‘barrier’ that has to be broken through, because there’s been no physical contact.

What’s more, the longer you leave it, the worse it gets. Soon, the end of the date comes, and he doesn’t want to kiss you, because he hasn’t so much as touched you on the arm the entire night!

Hugging at the start instantly creates physical connection, while it’s still socially normal to do so, and stops a horrible, awkward barrier from forming between the two of you. 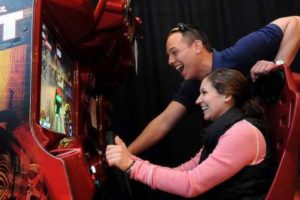 2. Try to have an activity, rather than dinner.

Dates shouldn’t be interviews. If you want to put pressure on someone (such as in a job interview), you sit them across a table from you and see if they’re up to your standards. Isn’t it odd that society recommends the same method for getting to know a potential partner? A good date should feel like ‘us and them’ not ‘you  versus him’.

There should be an outward focus that the two of you can connect and have fun over. A market, a sport like rock climbing, or even a food festival are all better date ideas than a standard dinner, because you have an activity to engage you both and converse on. You form a connection in an environment that is fun and relaxed for the both of you, allowing each person to be themselves.

3. If you are having dinner, sit next to each other, rather than across.

If it absolutely must be a ‘dinner at 7’ kind of occasion, then sit next to him, or at least to his side on the 90-degree angle of the table, rather than across. Remember, you want to make the focus ‘us and them’ rather than ‘you and him’.

Even in a restaurant, there can still be outward focuses for the two of you to converse on. You can play little games, such as people watching and guessing occupations of other guests in the restaurant. This isn’t to say you can’t turn and face your date more when they’re talking about themselves or a topic important to them, but the body language of doing it, constantly (to a virtual stranger), is very confronting for most first dates.

“You want to make the focus ‘us and them’ rather than ‘you and him’. “

If you’re just having casual drinks, this rule only partly applies. When sitting next to them, having a drink (for example, on a bar stool), the best method is to face your date with your chest, but have your knees angled slightly away. Facing them full front on from such a short distance is extremely intimidating (try it the next time you’re at a bar), but facing your knees away 90 degrees is equally strange to someone to whom you’re supposed to be paying attention. Your body language should pay them attention without being overly confronting.

4. Offer to pay for yourself.

No, chivalry isn’t dead. But this is the 21st century, where women are self-sufficient with their own incomes, and it’s reasonable enough for a woman to enter a date with the assumption she’s paying for herself. Not only will a guy respect the hell out of you for making that assumption, but when he does decline your offer and pay for you, himself – which often happens, i.e. no dead chivalry – you’ll be much more genuinely appreciative than if you went into the date, assuming it was a ‘given’.

Do you often get stuck in boring ‘factual’ conversations on dates? Find yourself going through the ‘interview’ questions about where they are from and what they do? The solution is to stop asking about facts and try to find out his values.

Instead of asking, “What do you do?” ask “What would you do if you could do any job in the world?”

Instead of asking, “Where are you from?” ask “If you could have had your same family and grown up anywhere, where would you choose?”

And instead of asking, “What do you do for fun” ask “What’s an exciting thing you’d like to work towards in your life?”

Instead of asking, “What do you do?” ask “What would you do if you could do any job in the world?”

Any sort of question that brings out his values and allows you to find out more about who he is, not only is going to be way more fun, but it’s going to tell you much more about him, as a person, and whether he’s a fit for you.

There are certain topics you want to avoid on a first date, purely, because it’s just socially weird to talk about them. Opening up about deep insecurities you have about your life, your body, or your problems is going to send most guys running for the hills, as will discussing your intended future for him, including children and where he wants to be married. Ex’s are also a tricky topic. While it’s not impossible to bring up your ex in a healthy way on a first date, it’s a delicate balance between being too positive or too negative, so a good guideline is to just steer clear. 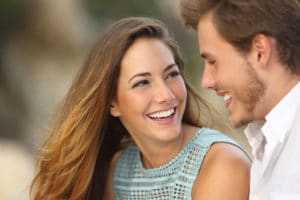 It’s hard enough for a guy to make a move, without you giving him mixed signals or trying to play aloof. Never underestimate just how hard it can be for a man to sum up the courage (sober) to grab your hand or go in for the kiss. Women get up caught up in the idea of ‘being challenging’, thinking it means playing hard to get. Being challenging means expecting his time and effort to win you over in the long-term, not giving him confusing signals in the short-term. Doing that will just make him second guess himself anytime he goes to make a move.

So help him out by giving him the doughy eyes. Open your body language and be touchy. If you like him, your sub-communications should read, “Kiss me, dammit!”

Dating is never easy. If you don’t go in with any nerves at all, you’re probably having first dates with the wrong people. Hopefully, these seven suggestions help you avoid the awkward first date experiences, we all hate, while making the ones that do go well all that much more incredible.