The 8 Dos and Don’ts of Getting On The Phone 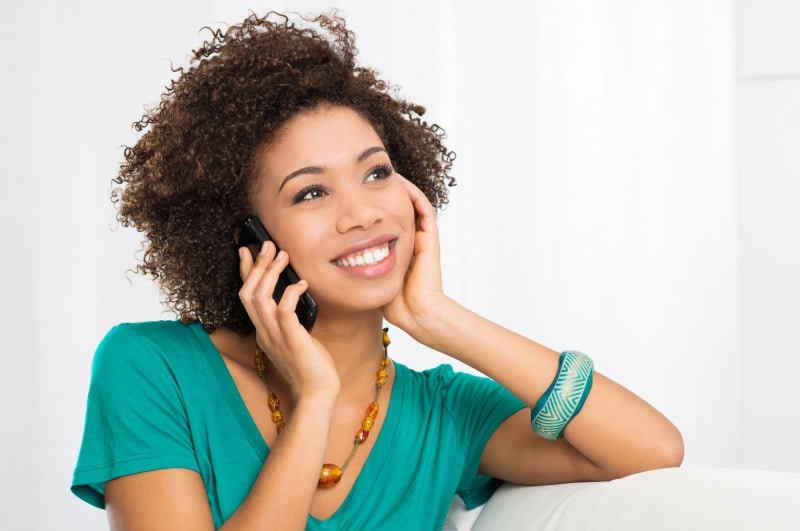 The 8 Dos and Don’ts of Getting On The Phone

Talking on the phone is a talent becoming increasingly rare in today’s era of dating. We live in a world where communication is becoming progressively more convenient… while at the same time, progressively more impersonal. It’s no longer difficult to walk into any bar or coffee house to find groups of legitimate friends, looking at their phones, rather than talking to one another.

This, however, is dating. Messaging may be convenient and practical, but this isn’t scheduling your day or sorting logistics (the bread and butter for the text-message medium). This is dating. This is keeping interactions moving forward with energy and emotion. This is putting real effort into someone and building a connection. That is the bread and butter of the classic phone call, and if you’re not using it, you’re losing out to women who do.

Using the phone isn’t as scary as it seems. Here’s 8 do’s and don’ts of getting on the phone in dating, so you can get all the benefits without the awkwardness.

1. Use it! – Offer to chat on the phone during text conversations

If you’re going to get on the phone to a guy, odds are you will have to direct the conversation there yourself. Many men these days (sadly) are not used to chatting on the phone to women, so it may take prompting to get him heading in that direction. 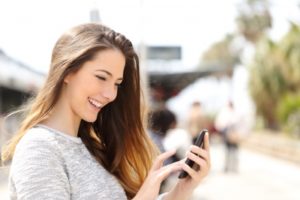 Sending the message, “Let’s stop the back and forth. Call me tonight 🙂 x”, during a text conversation is a great way to encourage a man to step up and call you, without actually doing it for him.

Doing so sets you clearly apart from other women, who are stuck talking to him via endless text chatter that builds no real rapport.

2. Don’t plan conversations, but have questions in mind

Go with the flow on the phone – planning conversations will seem awkward. However, we all have things we’re curious about in potential partners, so having a question or two in the back of your mind, simply to satisfy your curiosity (while having the convenient benefit of filling holes in conversation!), is something I recommend.

Sending the message, “Let’s stop the back and forth. Call me tonight 🙂 x”, is a great way to encourage a man to step up and call you, without actually doing it for him.

Questions specific to him that elicit his values are ideal, but if you don’t have any, more general ones, such as “If you could have any job in the world, what would it be?” or “If you had to live anywhere, where would you live?” get interesting conversation flowing, while still being plenty of fun. 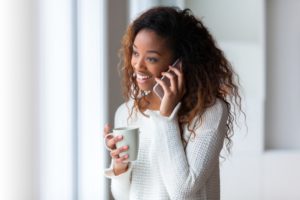 No guy wants to get on the phone to a new woman and hear her complain about a list of all the things wrong with her life. There’s nothing that will kill his attraction for you faster.

Conversation should be positive and light-hearted, with the topics from your end framed around things you’re excited to do, have done, or are doing.

Aim to have >80% of the conversation framed around positive, fun topics – in particular, the beginning and end. If you’re in a grumpy mood and can’t find it within yourself to be positive – you are best off rain checking until you can.

You know those text conversations with that guy you had a real spark with? The ones that three days and 50 texts later, the two of you ‘just didn’t feel it anymore’?

Well, that can happen on the phone, too.

This phenomenon occurs when the conversation goes on too long relative to how long you’ve known him. A boyfriend of 10 months? Talk for 3 hours. The hot guy you met last week? Don’t.

If you’re in a grumpy mood and can’t find it within yourself to be positive – you are best off rain checking until you can.

Anytime you converse with someone, there is a peak and a trough in energy of the interaction. Your goal, therefore, is to end your phone conversation before said trough hits.

15-20 minutes is a good guideline for your first phone call to a guy. As you get to know each other better, you can increase the times from there. It’s long enough to build rapport, crack jokes, and emotionally connect, while short enough to avoid lulls in conversation and have him excited to hear your voice again.

The last thing you want is your phone conversation to sound like a phone interview. Chatting on the phone is a lot less like a text message conversation and a lot more like a real date… so treat it as such!

Avoid the standard “What do you do” questions. Instead, look for fun in every conversational thread. Does he talk about a tough day with customers at work? Tell him the funniest story of a customer you’ve dealt with. Does he love Harry Potter? Make fun of him for it, Admit it, you’re a closet nerd aren’t you??” Tease him for dumb things he says, “Oh god, you’re the goofiest guy I’ve ever talked too!”.

It should all come across light-hearted and playful. If he gives you banter back, you know you’re doing it right. 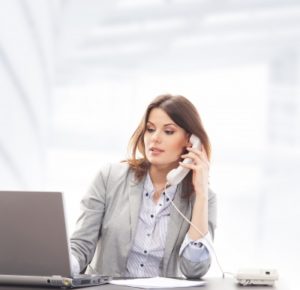 Just as (I’d hope) you wouldn’t have your mind on other things when you’re with your friends, the same courtesy applies when you’re on the phone to a guy. Don’t be on Facebook, don’t be doing work, and don’t be playing waste-paper basketball with your roommate. Not only is it rude, but I can tell you from first-hand experience, it’s disheartening for a guy who’s excited to talk to you to get the feeling you aren’t. Whatever you need to do can wait; otherwise, don’t make the call.

When you’re approaching the 15-20 minute mark, look for a peak in the conversation – ideally laughter – to use as a signal to end the call. When laughter comes, it will feel great, and you’ll be tempted to continue the conversation a few more minutes.

Avoid getting into this habit, as doing so is what eventually leads to the 2 hour+ phone calls that destroy the energy, rather than promote it. If things work out with him, there will be plenty more chances to talk. It doesn’t all have to happen right now.

8. End with an indication of interest (assuming you like him)

In keeping the calls short, you don’t want to give him the wrong impression. Therefore, as you end the call, give him an indicator of your interest to make it clear to him you are just getting back to what you were doing – not palming him off.

My two favourite ways to do this are asking his availability, “Well look, I’d love to stay and chat, but had better get back to *x*. Let me know if you’re free this weekend?” or giving him a green light, “Hey I’ve gotta run, have to do *x*, but text me tomorrow?”

“Whatever level the energy is at when the call ends is the energy at which the call will be remembered.”

Both of these show significant interest in him and say that, while you do have things to get back to in your life, you do like him and are keen to speak more. This leaves him feeling both attracted and positive about the two of you.

In summary, not only will chatting on the phone make you stand out from other women, improve your interactions, and save you time – perhaps, more important than any of these – it will build your confidence talking to men. The more you practice talking to guys on the phone, the more your brain gets used to thinking on its feet. When Mr. Right swipes you right on Tinder or introduces himself to you in a bar, you’ll have the flirting and conversational skills down pat to set yourself apart, building rapport in a way other women can’t. 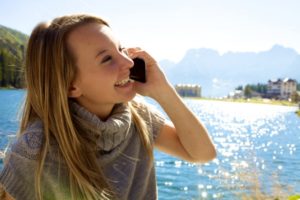