What to Do When Your Boyfriend Likes Another Girl’s Photos 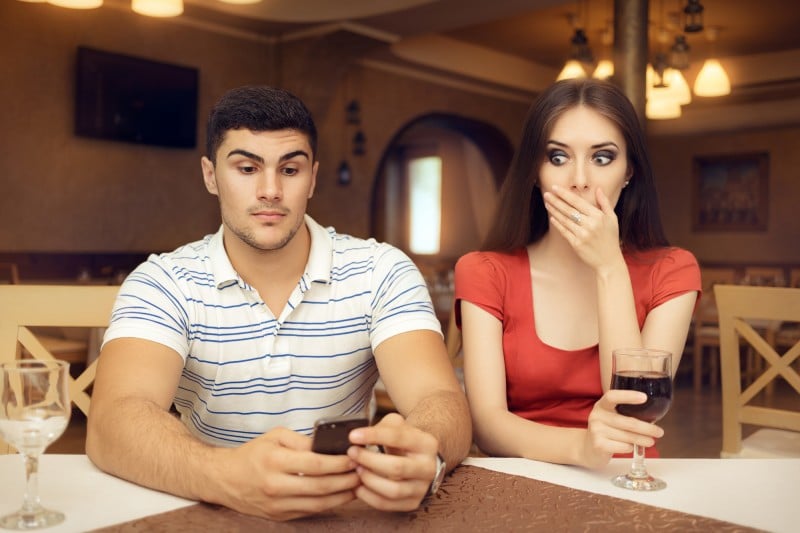 What to Do When Your Boyfriend Likes Another Girl’s Photos

Social media puts the world and all its beautiful people within such easy access, it’s almost impossible to look away. If your man is constantly scrolling through Insta checking out hot celebs and liking his coworker’s bikini pics, chances are you’re feeling everything from a tad insecure to steam-blowingly angry.

So, you’re sitting on the couch and you say something like:

“All you do is sit on your phone liking girl’s Insta pics. Why do you do it, when it makes me feel like shit?”

“I’m allowed to look and I can’t help it if you’re insecure.”

You see red and reply:

“How is it my insecurity when you’ve liked 30 photos of the same chick from work in a bikini this week? Would you rather have her instead of me?”

He rolls his eyes and says:

“Oh my god I’m not dealing with your immaturity right now. I can like whatever I want and I’m not sleeping with her or anyone else. You should be grateful.”

Cringe! Your next response isn’t likely to be one that helps the situation. The way he’s dealt with it, in this scenario, isn’t obviously great either. How do you avoid this situation and what’s really behind his social media habits? Let’s start with an important question.

Is your boyfriend disrespecting the relationship? 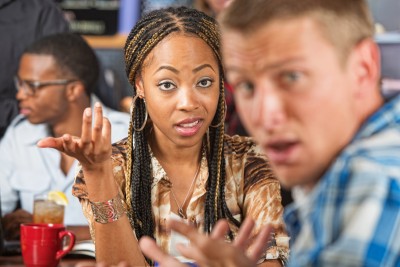 There are many cases where this type of behaviour is totally normal. The best way to figure it out, is to look at your own social media habits. Are you liking @hot_male_surfer every time you see him pop up with his muscly, brown arms hugging his surfboard? If so, are you disrespecting the relationship by doing so?

You’re just looking right? Fair enough. But what you need to understand, is that so is he. There’s no way around it and no point in hating it – your boyfriend simply will find other women attractive and want to look at them. Social media just makes it so much more obvious. It’s not the urge to look at other women that’s the issue, it’s the choice not to act on those urges that’s most important.

When you put yourself in the same place, as in you know you’re just looking, not out to get some action from @hot_male_surfer, this whole scenario becomes less dramatic.

It gives you clarity on the fact that his harmless looking is the same as yours, rather than a reason for you to feel insecure about his feelings for you. Stop wasting your time worrying about what he’s liking on Insta and focus your attention, instead, on being your awesome, attractive self. End of story.

If you still feel like he’s disrespecting your relationship, ask yourself this question:

What is the real insecurity here? 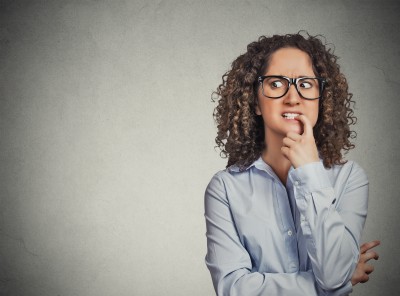 There are cases where your man is disrespecting your relationship, or even looking to keep backups in place with his social media obsession, because of his own insecurities. This is something that absolutely needs to be addressed. First though, it’s important to look at your own underlying insecurities.

For example, maybe you have ingrained insecurities about your body, so you’re comparing yourself to the models, celebrities or coworkers he likes. Or, and this is a common one, it might be that you don’t get much real attention from your man. If you already feel unloved in the relationship and he spends his time liking his coworker’s bikini pics instead of being with you, you’re going to feel neglected and paranoid about him leaving.

These are the things you need to identify, to figure out if it’s really the social media thing, or something much deeper to do with your relationship. To make it easy, if his habit of liking hot girl pics is the worst thing he’s ever done to you, you’re probably not dealing with a disrespectful man.

If his behaviour is progressing and it’s combined with other signs of disrespect towards you, it’s your relationship that’s the problem.The Insta obsession is probably just a symptom of whatever’s gone wrong. You deserve to feel respected, seen, heard and loved. If you don’t, take your focus off the small things to understand why you feel that way. A man who likes and respects you might look at hot Insta girls, but he won’t treat you like crap.

How to define respect in your relationship

Defining respect in your relationship is, first and foremost, reliant on how much you respect yourself. When you respect yourself and feel centred and confident with who you are, knowing your man likes the pages of hot bikini babes isn’t going to make you feel insecure. In fact, you can look at these girls with detachment and actually wholeheartedly agree. Yes, they are hot! Just the same as @hot_male_surfer is. They’re there to look at, so why not just enjoy it in a lighthearted way?

Therefore, work on your own self-esteem first so that you’re not unnecessarily suffering over something that just is and always will be. To help you with that process, you need to sit down with your guy and communicate in a totally vulnerable way. It’s not about demanding changes and slinging accusations, like the scenario we covered at the beginning. That type of convo simply doesn’t work for either of you.

“Defining respect in your relationship is, first and foremost, reliant on how much you respect yourself.”

It’s about working together, to come up with a solution to suit you both. The goal is to own your insecurities and come to an agreement that addresses the underlying issues. As an example, here’s a scenario without the pent-up emotion, where simple honesty leads to a better outcome:

You start the conversation with:

“Hey, can I ask you something? I’ve been struggling with something I wanted your help with and I want to know what you think.”

You haven’t started off with an accusation, so he responds with:

“Ok, so this could just be my girl brain spinning in circles, but I’ve noticed how often you’re liking the pics from that girl you work with and I hate how insecure it makes me feel. I’m trying to figure out how much of this is my thing or if it’s something else.”

You keep being honest and vulnerable, by saying:

“I guess, if I’m honest with you. She’s beautiful and I know you’re a guy and you’re going to find other women attractive at times, I get it. I’ve been thinking and maybe this is more about our time together than you liking dumb photos. I find myself wanting real time with you, which we don’t get enough of as is, and when I see you liking those photos, I feel like you don’t want me and maybe you’d rather spend time with her. Not saying that’s necessarily true, it’s just how it feels for me.”

“Of course I want you over her.”

You keep delving deeper into honesty, to say:

“Well, I’ve noticed it’s only that one girl and this is kind of what I need your help with. I want to work with you to know how we’re both defining respect. I get that you’ll be attracted to other women and so will I with other guys. That’s life. But can you kind of see how I could feel disrespected when you focus that attention on just her?”

“Sure. I get it because I also felt disrespected when you were flirting with your mate Steve the other night.”

“Ok, that’s good, thanks for telling me. So, let’s figure out what this means for us then, so we both know where the line is. I know you’re loyal despite liking her pics a lot and I get that you’re going to like girl’s insta pics in the future. I’d just prefer it if it wasn’t just hers, because I also feel that she might get the wrong idea about it, like I did. You know I’ll always have guy friends and you know I’m loyal despite that, but I understand why the way we act might make you feel disrespected at times, and I’ll be more aware of it.”

Then you smile, give him a kiss on the cheek and talk about it further, if you need to sort out specific situations to understand what respect means for both of you. By getting everything out in the open, the communication channels stay clear. Doing so also makes him want to work with you to build respect, while still allowing you to handle your own insecurities.

Remember, it’s rarely ever about the hot Insta girls, when you feel disrespected by his behaviour. Delve deeper, into yourself and your relationship, and you’ll find a common ground where you can both feel free to be as you are, while also respecting each other’s boundaries.